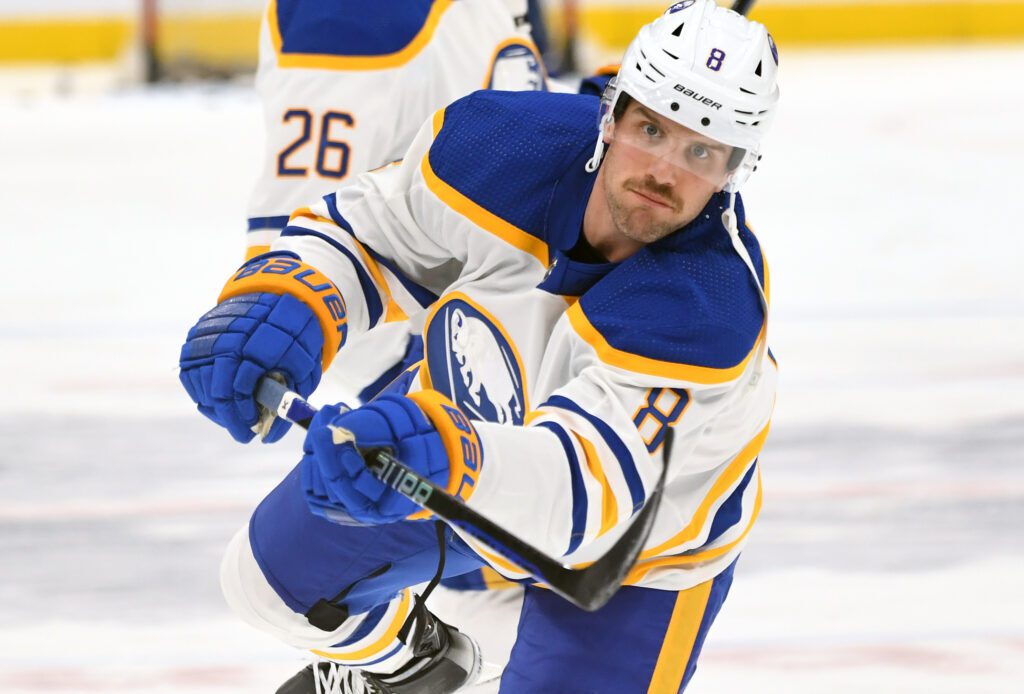 The Buffalo Sabres have announced that veteran center Riley Sheahan has been re-assigned to the team’s AHL affiliate, the Rochester Americans.

The move comes after the team announced yesterday that defenseman Mattias Samuelsson would be returning to the lineup for tonight’s contest against the Montreal Canadiens.

For the Sabres to be able to activate Samuelsson, they needed to clear a roster spot, so the team has chosen to send Sheahan down.

Sheahan, 30, has been a priority call-up for the Sabres this season, functioning as a depth center on their NHL roster and a veteran presence in Rochester. In six AHL games this year Sheahan has three points, and in two NHL games, Sheahan has yet to make his mark on the score sheet.

Sheahan is a veteran of over 600 NHL games and should be expected to occupy this role as the Sabres’ top veteran depth center for the rest of this season. Playing on a $950k cap hit, Sheahan will be an unrestricted free agent this summer.