Ads Go on a Moose Hunt 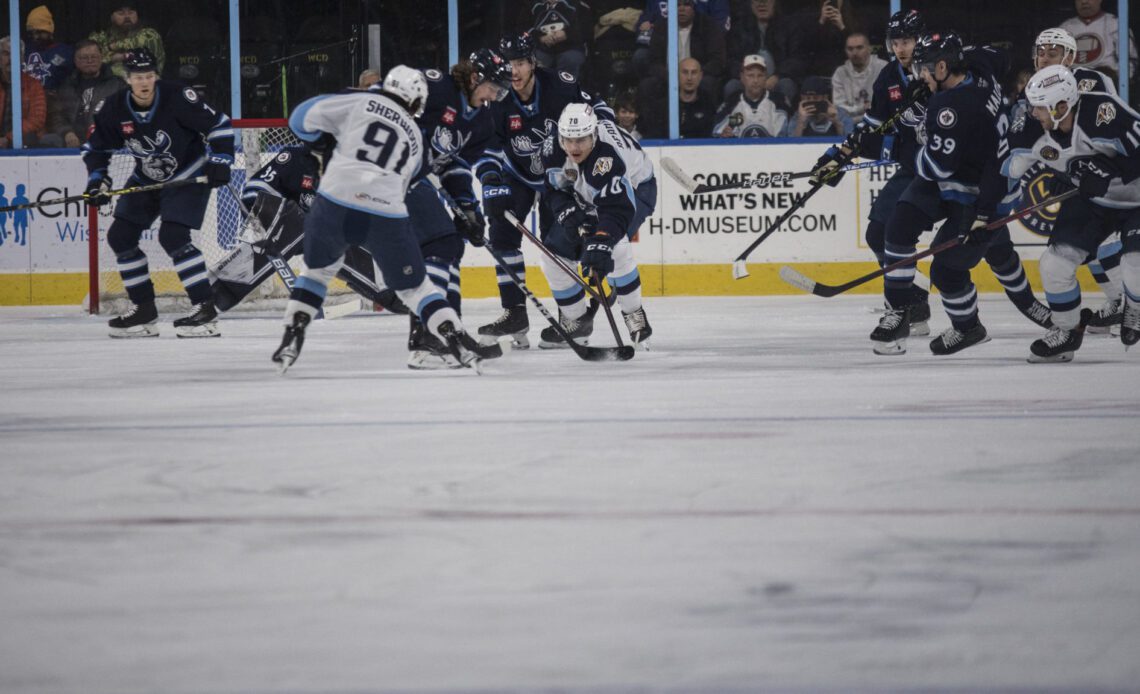 Milwaukee, WI— The Admirals used three goals in the first 7:09 of the third period to turn a 1-1 game into a 4-1 advantage as they cruised to a 5-1 win over the Manitoba Moose on Tuesday night at Panther Arena.

The win was the fourth straight for the Admirals and made them the first time in the AHL to earn 11 wins on the year.

Cole Schneider and Tommy Novak each posted a goal and an assist in the win, while Luke Evangelista and John Leonard both chipped in a pair of assists to pace the offense. Yaroslav Askarov turned aside 29 shots to pick up his seventh victory of the season.

It was the Moose who got on the board first, as Jeff Malott connected on a power-play tally at 16:47 of the opening frame.

However, the Ads matched their PPG with one of their own to knot the score at the 9:28 mark of the second. With the team on a 5-on-3, Kiefer Sherwood fed Jordan Gross in the high slot and he held the puck for a moment before unleashing a slapper that beat Manitoba goalie Oskari Salminen to the blocker side.

The Admirals cranked up the offense to begin the third period, breaking the tie just 52 seconds in on Schneider’s fifth of the season. Evangelista took a pass between the wheels from Novak and left a drop pass between his legs to Schneider to fired a wrister by Salminen.

Novak made it 3-1 at 4:49 as deflected an Evangelista pass into the Moose net and that was followed by Tim Schaller’s third of the season at 7:09 to make it 4-1 and put the game out of reach. Marcus Nurmi added an empty netter with 1:48 to complete the scoring.

The Admirals kick back in action when they begin a home-and-home set with the IceHogs on Friday night in Rockford before returning to Panther Arena for the second game on Saturday at 6 pm.