3 Things the Tampa Bay Lightning Should Be Thankful For 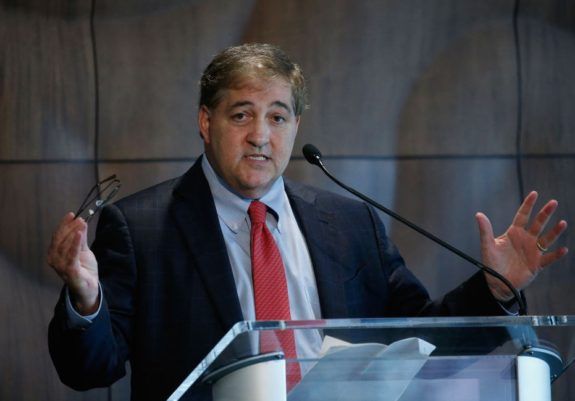 The Tampa Bay Lightning are celebrating their 30th anniversary this season. So, this Thanksgiving it’s time to reflect on their young season and what they should be thankful for in 2022-23. After winning two consecutive Stanley Cups and advancing to the Final in three consecutive seasons, the Lightning players could have become complacent and the fans indifferent to success. However, it takes more than the talent on the ice to compete year after year. It takes the entire organization to create a winning culture.

Besides two diamond-studded championship rings, here are three things that the Lightning should be most thankful for.

When former general manager Steve Yzerman hired Jon Cooper to take over as the head coach of the Lightning in March 2013, many people didn’t know who he was since he had not been a former player nor had he coached in the NHL before. Nevertheless, he has built a winning team in Tampa, but he wouldn’t have been able to keep his team in playoff contention without respect from his players and assistant coaches.

Cooper’s list of accomplishments grows every year. Last season, he became the fastest coach in NHL history to win 400 games and holds a .649 career winning percentage. Besides wins and losses, the players rely on his positive attitude to keep them motivated. For example, when the Colorado Avalanche defeated the Lightning to win the 2022 Stanley Cup, he gathered his coaching staff for the postgame news conference. After praising the Avalanche, he simply stated, “We’re not done.”

Why the Lightning should be thankful for coach Cooper: because he keeps the team focused, determined, and prepared to win each game.

The Lightning are a model NHL team, and one of the most admired franchises in all of sports. The person most responsible for this distinction is owner Jeff Vinik.

In 2010, Vinik bought the Lightning for $170 million. At that point, the struggling team was six years removed from its first Stanley Cup and rumors were circulating about possibly moving the franchise. 12 years later, they are perennial playoff contenders and enjoy financial stability.

Related: Lightning Are Holding Their Own With Brady and the Buccaneers

Last May, when the Lightning were chasing their third championship, the team was named “Team of the Year” by the Sports…