3 Takeaways from Blues 3-1 Victory Over the Ducks 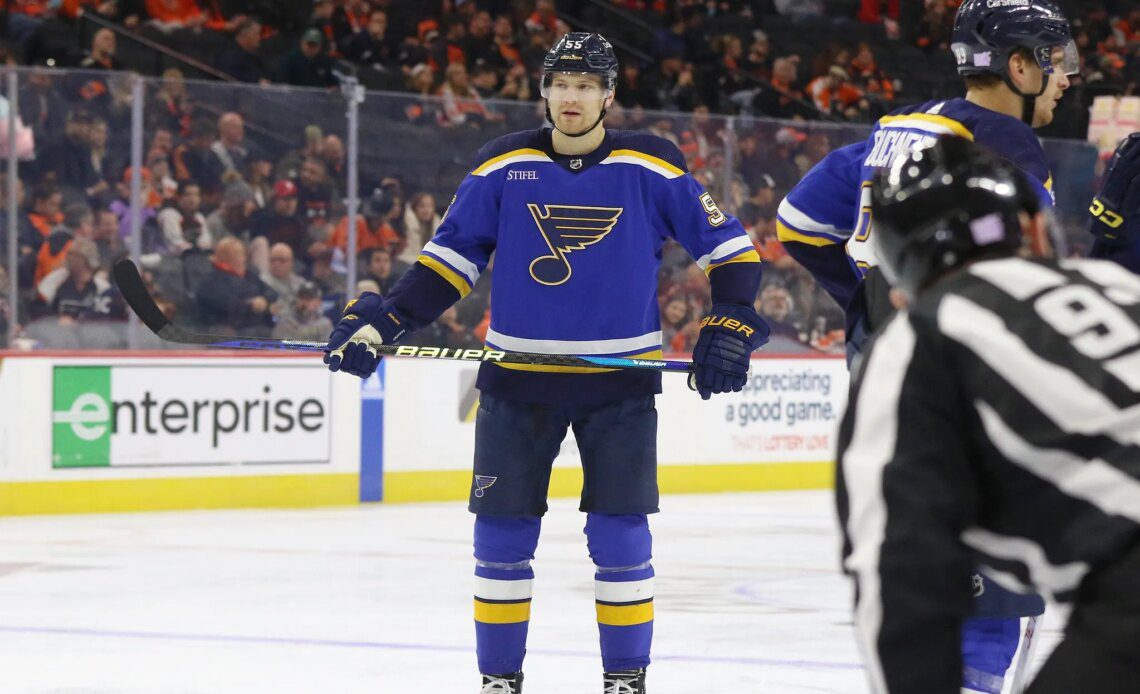 Monday night, the St. Louis Blues and the Anaheim Ducks met for the second time in three days in a back-to-back series in St. Louis. After a decisive 6-2 victory on Saturday (Nov. 19), the Blues looked to continue their winning streak before their three-game road trip. However, the Ducks came out strong in hopes of splitting their trip to St. Louis.

Here are three takeaways from the Blues’ victory over the Ducks as they extended their winning streak to seven games.

The Blues had to make an adjustment in their defensive pairings with the team getting defenseman Colton Parayko back in the lineup, but losing Torey Krug to injury that morning during practice. The 31-year-old Krug has been one of the top point-producing defensemen this season scoring three goals and 13 points over 17 games. While Parayko is a welcomed addition back into the lineup, there is still a concern that his three-game absence could be stemming from a previous back injury. He missed 21 games in Feb. 2021 and his injury will be something to keep an eye on as the season progresses.

The Blues struck fast, needing only 11 seconds to get on the board when Noel Accairi scored his fourth goal of the season. However, the Ducks took to the challenge and controlled the remainder of the first period, managing to tie the game with 18 seconds left on a goal by defenseman Cam Fowler that deflected off of Blues defenseman Nick Leddy. When the buzzer sounded, the Blues managed a 32.35% Corsi rating as they were outshot by the Ducks 15-8. They skated off to their dressing room fortunate to have only allowed one goal thanks to the brilliant performance of goaltender Jordan Binnington.

Gibson Prevents Blues From Taking Lead in the 2nd

The Blues did all they could to turn the tides in the second period but were countered by a brick wall named John Gibson. The home team looked more comfortable in the middle frame flipping the script and controlling 67.74% of puck possession, outshooting the Ducks 10-7, and registering six high-danger shots. However, it was Gibson who kept his team in the game, including a power play breakaway by Jordan Kyrou 44 seconds into the period.

The Ducks continued to battle, trying to build off their first-period success and their last-minute goal. However, like…