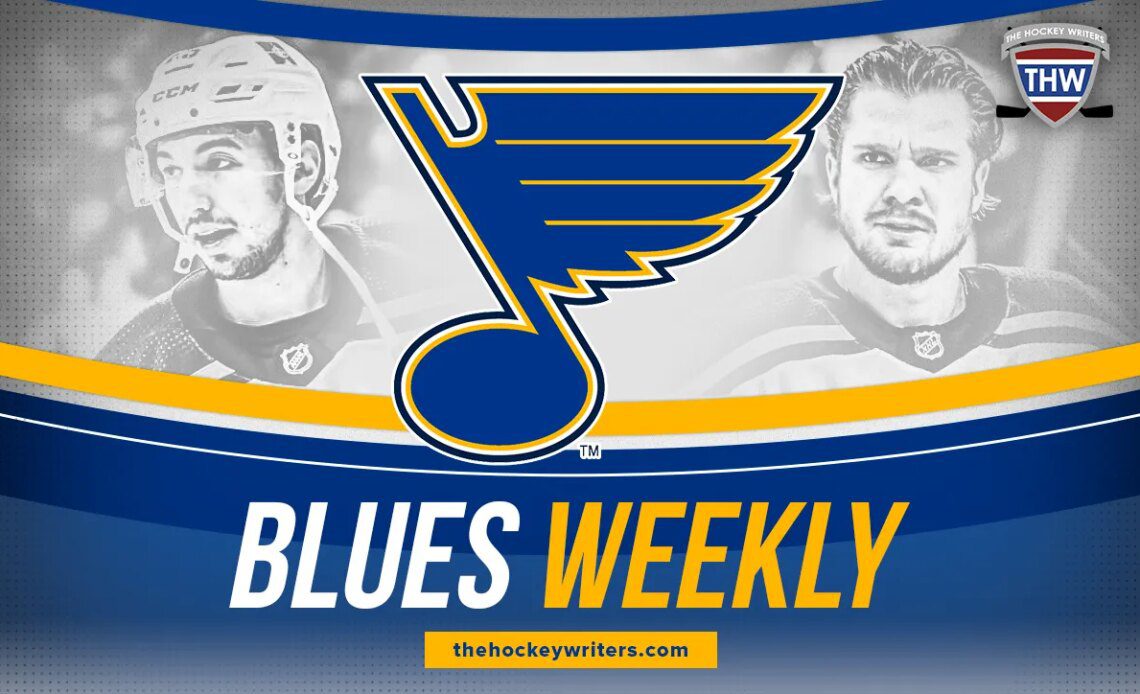 The St. Louis Blues are in the midst of another streak. After winning their first three games and losing their next eight, they’ve now won six straight games. This streak includes road wins against the Colorado Avalanche and Vegas Golden Knights, so their schedule hasn’t been a cakewalk.

The Blues haven’t played their best in parts of this streak, but the results matter most. They are back into the mix with their recent play. They needed to figure out how to get more points before Thanksgiving and they’ve done so.

After a 3-8-0 start, the Blues have won six straight and are now 9-8-0 on the season. They are a streaky team that seems to have found their footing after 11 games, as they beat the Avalanche, Chicago Blackhawks, Washington Capitals, and Anaheim Ducks this past week. My main takeaways were goaltending and scoring for the Blues, as they got major contributions in both areas, and despite a few struggling teams on the schedule, they did what they needed to do against them.

Jordan Binnington made a whopping 45 saves in their 3-2 win over the Avalanche. He also played well against the Blackhawks with 25 of 27 saves in that game. Thomas Greiss started against the Capitals and in the shootout win, he saved 47 shots. Binnington’s numbers are on the rise after a major dip during the losing streak. In his last five starts, he is 5-0-0 with a save percentage (SV%) of .936. He’s been brilliant against elite opponents and he has kept his team in games. The Blues’ schedule heats back up later this week, so it’s going to be interesting how they respond to that uptick.

The elite chemistry of Pavel Buchnevich and Robert Thomas has returned during this streak. Sometimes the puck bounces go against you and that was the case for these two before last week. Thomas is now up to 15 points in 17 games this season, including a three-point night against the Ducks.

As for Buchnevich, he’s fully back to being the dynamic two-way forward that scored 76 points last season. He looks confident again with the puck and he’s making the right decisions with it. He had a five-point game against the Ducks, including two goals. He’s now up to 11 points in 12 games with a plus/minus…