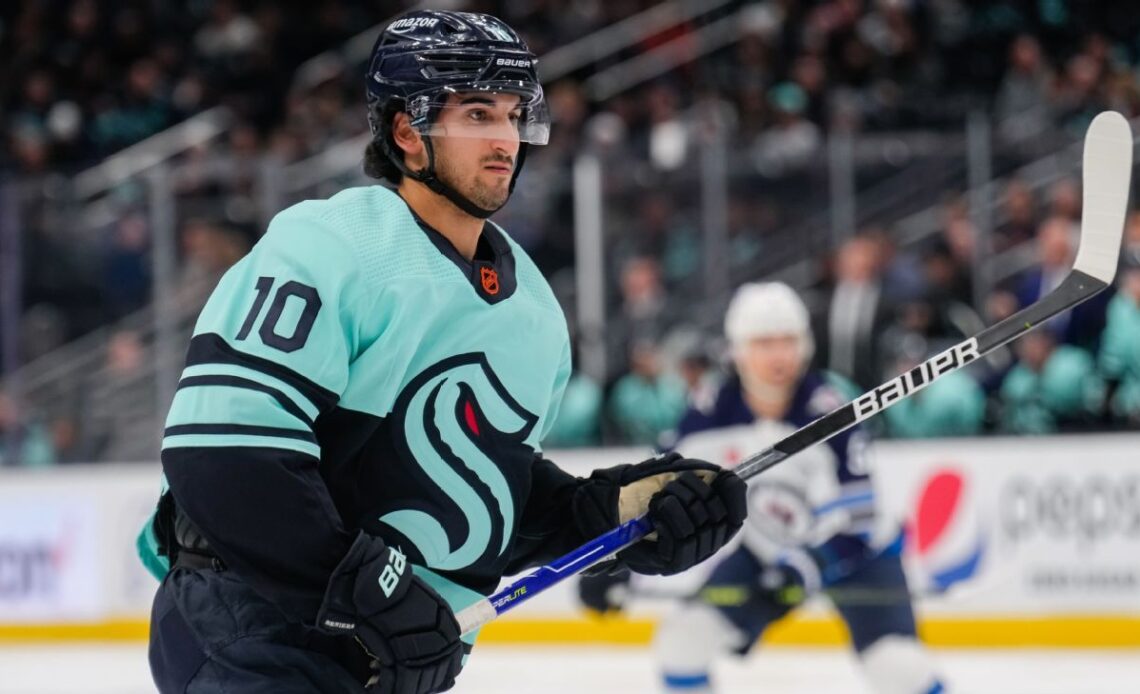 Matty Beniers won’t read this or any story about himself. Beniers is so serious about this edict that he asked his parents to stop sending him articles that had anything to do with him.

Humility means everything for Beniers. That is why he feels it is better to concentrate on other items in life other than what people say about him.

It’s also ironic given people can’t stop talking about Beniers. His name is always mentioned whenever someone talks about the Seattle Kraken‘s early success. Start talking about the Calder Trophy race and his name is one of the first that gets said. Beniers is only 27 games into his NHL career, yet he is already popular enough in Seattle that he is starting to get stopped for autographs and pictures when he is in public.

His teammates joke they are tired of talking about him. But they all have so much to say about what has allowed him to excel as a 20-year-old in the NHL while also expressing what makes him a special person who wants to do right by those around him.

The affinity for Beniers is so strong that the Kraken’s pre-game introduction video has 30 seconds that are solely dedicated to Beniers. It talks about how he is the future and how he is part of “The Next Wave” of players expected to lead the franchise for years to come.

Of course, Beniers won’t know about a lot of this because he will never read about it.

“I’ve just never liked seeing stuff about myself,” Beniers said. “I don’t really know why. I think I might have seen other people around me todo the opposite and I just didn’t like it. So I started doing that when I was young.”

Beniers has been managing expectations since the Kraken drafted him with the second pick in the 2021 NHL Draft. Selecting Beniers came with the belief the Kraken were getting a prospect who projected as a top-line, two-way center who could potentially become one of their franchise cornerstones for years to come.

Going 27-49-6 in their inaugural season meant the Kraken had to make the prospect of a better future a selling point for fans. Everyone got a glimpse of that future last season when Beniers left the University of Michigan after his sophomore year to sign an entry-level contract and scored nine points in his first 10 NHL games.

“The first practice he was on the ice, I was like, ‘Oh my God is he good!,” Kraken forward Yanni Gourde said. “It was at that point when you’re like, ‘This kid’s a player.’ A lot of guys come out of college, they come out of juniors and you don’t know if…