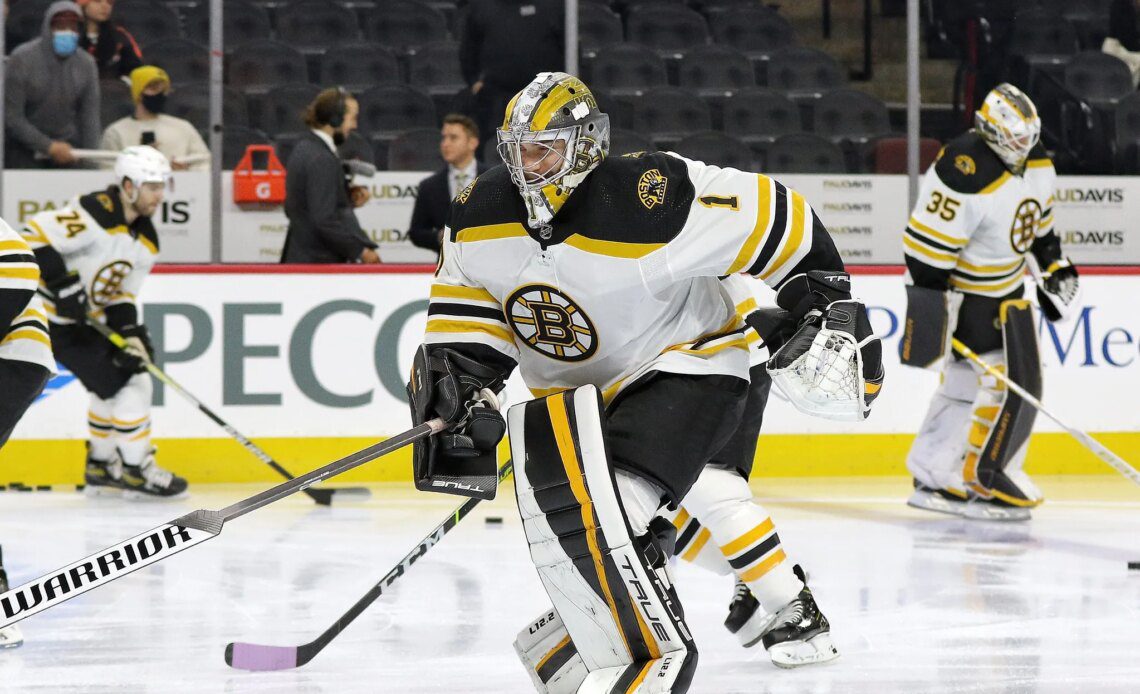 In this latest edition of Boston Bruins News & Rumors, Jeremy Swayman returned to action on Saturday (Nov. 19) and secured a win against the Chicago Blackhawks. Meanwhile, Tomas Nosek scored his first goal in 65 regular-season games against the Vancouver Canucks on Nov. 13 and has not shown any signs of slowing down since. In other news, Boston Hockey Now writer Jimmy Murphy reported that an NHL executive told him that “Patrick Kane and the Bruins make a lot of sense.”

Swayman’s return to game action could not have gone much better for the 23-year-old goaltender. Although it was a fairly easy night for him against the Blackhawks, he played well when challenged, as he made 17 saves on 18 shots. His strong play in goal and the Bruins’ offensive explosion (six goals) led to a fairly easy win over the rebuilding Blackhawks.

With the win, Swayman improved his record to 3-1-0. He also now sports a 2.82 goals-against average (GAA) and .890 save percentage (SV%), so his stats have slowly been improving since his disastrous performance against the Ottawa Senators on Oct. 18 (six goals allowed on 25 shots). He has bounced back quite well since, and it will be intriguing to see if he can maintain this play moving forward now that he is fully healthy.

After failing to score a goal in 65 straight regular-season games, Nosek finally broke the ice last week against the Canucks by scoring an empty netter. It was excellent to see the 30-year-old center get back on the scoresheet, and now he’s showing signs that it could occur far more often. On Thursday (Nov. 17) against the Philadelphia Flyers, he scored another goal and then recorded an assist against the Blackhawks in the following contest. That improved his point streak to five games, and that kind of production is quite rare from the defense-first forward.

If Nosek can continue to provide decent secondary scoring moving forward, it will only make the league-best Bruins even more difficult to play against. However, even when he’s not much of a factor offensively, his strong defensive play will always make him a valuable asset when inserted into the lineup.

Kane to the Bruins?

With the Bruins being at the top of the NHL, it makes sense that they are being linked to Kane. The future Hall…