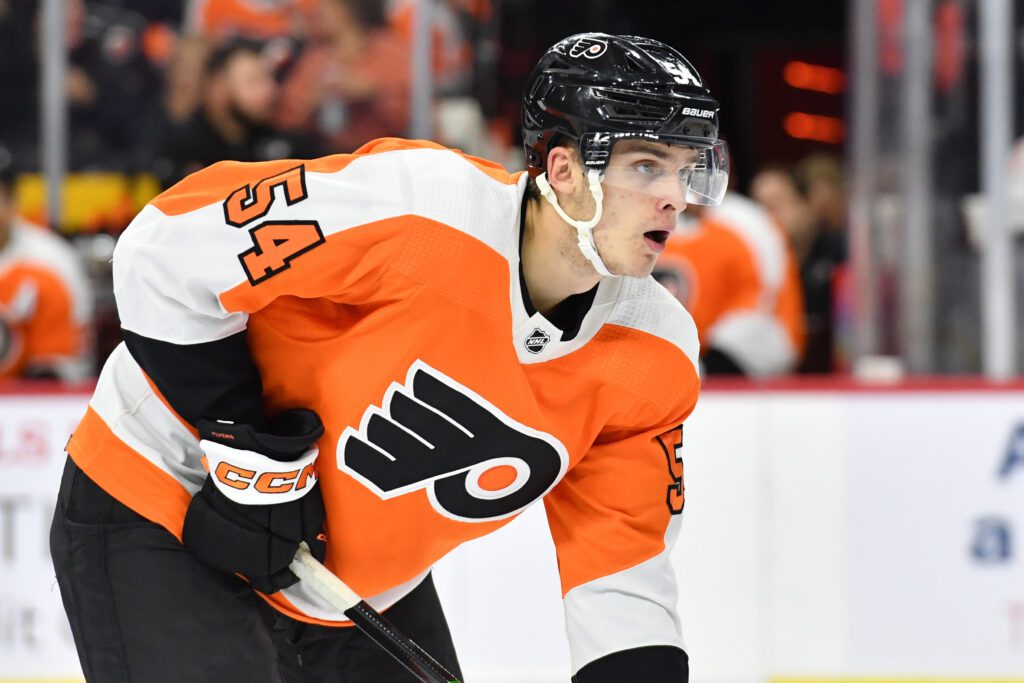 The Philadelphia Flyers can’t just have Egor Zamula sitting in the press box all season, so they’ve loaned him back to the Lehigh Valley Phantoms of the AHL. Over the weekend, head coach John Tortorella explained that it’s been tough for the young defenseman because he isn’t getting into the lineup and the team doesn’t have much practice time. In his place, the Flyers have recalled Tanner Laczynski once again.

Zamula, 22, is already way ahead of most undrafted defensemen in terms of development but given his upside, it’s important to keep him playing as much as possible. The last time he suited up for Philadelphia was November 5, and even then he played just over nine minutes of ice time. Through nine appearances this season, he has two points – the first two of his young career.

Signed out of the WHL in 2018, the big Russian defenseman quickly stormed his way to the NHL, making his debut in the 2020-21 season. He’s played 21 games overall, but still isn’t trusted to be one of the team’s regular six just yet. The Phantoms will certainly take him back with open arms, though, as he was outstanding for them last year with 29 points in 58 games.

In a platform year, with his entry-level contract expiring at the end of the season, a lack of NHL playing time will actually make Zamula cheaper for the Flyers to sign next summer. That said, if the team suffers any more injuries on defense, he’ll likely be one of the first call-ups.