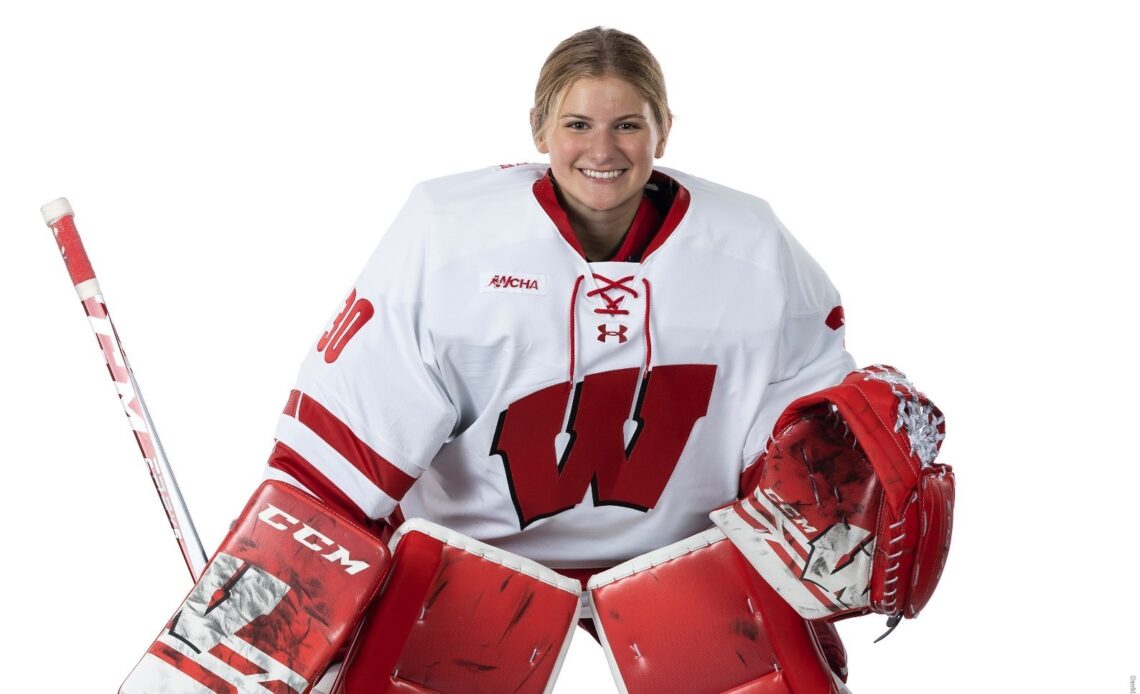 MADISON, Wis. — After a strong showing in this weekend’s Border Battle, Wisconsin women’s hockey senior Cami Kronish has been named WCHA Goaltender of the Week, the league announced Monday.

Kronish picks up the honors after her contribution in the takedown of the then top-ranked Minnesota. The New York, New York native recorded a season-high 38 saves in the 3-3 tie on Saturday, one of which was chosen as the No. 1 play on the SportsCenter Top 10. After coming in to the game early in the first period on Sunday due to an injury, Kronish went on to allow only one goal in the 4-1 win over the Gophers to add a win to her record. She recorded a .941 save percentage on the weekend, with a 2.00 goals against average.

The No. 1 Play on #SCTop10 goes to @CamiKronish with a “stronger denial than the @taylorswift13 presale!” pic.twitter.com/73Ns5WqDlT

This is the first time Kronish has earned WCHA Goaltender of the Week honors. She currently leads the WCHA in with a 1.12 goals against average and a .939 save percentage.

The Badgers have another bye week before they head to northern Minnesota to take on Bemidji State. Puck drop on Friday, Dec. 2 is set for 3 p.m. at the Sanford Center while the series will wrap up on Saturday, Dec. 3 at 2 p.m.