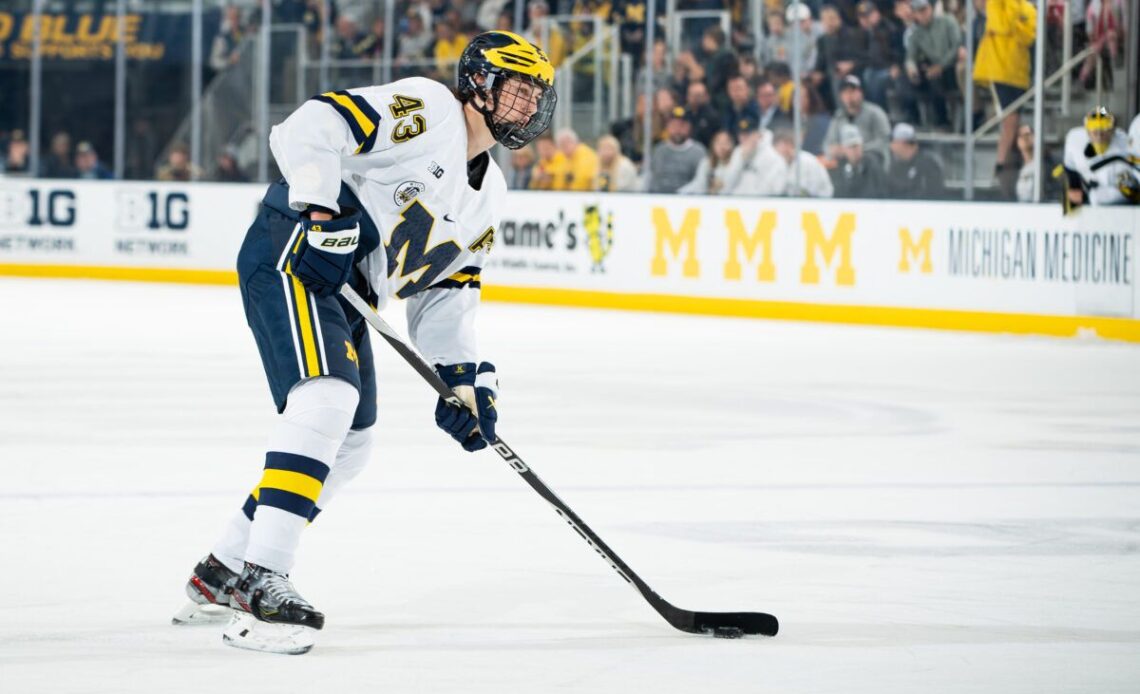 It’s been an eventful week for the New Jersey Devils, who are one win shy of a 13-game win streak, which would tie the franchise record for the longest win streak. Some big-named prospects also find their names in headlines between trades and breakout performances.

Seamus Casey, Luke Hughes, and Ethan Edwards had another big weekend for the Michigan Wolverines. Casey recorded two assists Friday (Nov. 18) during Michigan’s 5-2 loss to the Minnesota Golden Gophers and two more assists in Saturday’s (Nov. 19) 6-3 loss. The former second-round pick now has three goals and 11 assists in 14 games and is tied for fourth in the country in scoring by a defenseman and first amongst freshmen defensemen.

Hughes added one assist in each game as well, bringing his scoring total to two goals and 11 assists in 14 games. The sophomore defenseman is known for his offensive ability but has been praised for his defensive improvement this season. He is second amongst Michigan defensemen with a plus-5 rating and third amongst all skaters with 13 blocks this season.

The Wolverines’ roster was decimated by an illness that forced the backup goaltender to skate as the fourth-line winger to fill out the game-day lineup. Although it was a rough weekend for Michigan, it’s nice to see three of their defensemen continue to make an impact.

Chase Stillman recorded four goals and one assist in the Peterborough Petes’ 7-3 win Friday (Nov 18.) over the Mississauga Steelheads. The former first-round draft pick is often scrutinized for his lack of offensive production for a 20-year-old playing in the Ontario Hockey League (OHL,) but he exploded to more than double his goal total in just one game.

Related: Chase Stillman Could Potentially Be A Great Add for the Devils

Stillman is an agitator, and that is what New Jersey drafted him to be, as it’s an element that the organization lacks, but if he isn’t able to consistently contribute offensively in the OHL and eventually NHL, he may never get the chance to display his best asset with the Devils.

Stillman has seven goals and nine assists in 17 games this season and is on pace to surpass his previous total of 29 points that he set last year. Maybe he can use this performance as a breakout game to propel his offense to a level that is expected from a former first-round draft pick. If his offense…