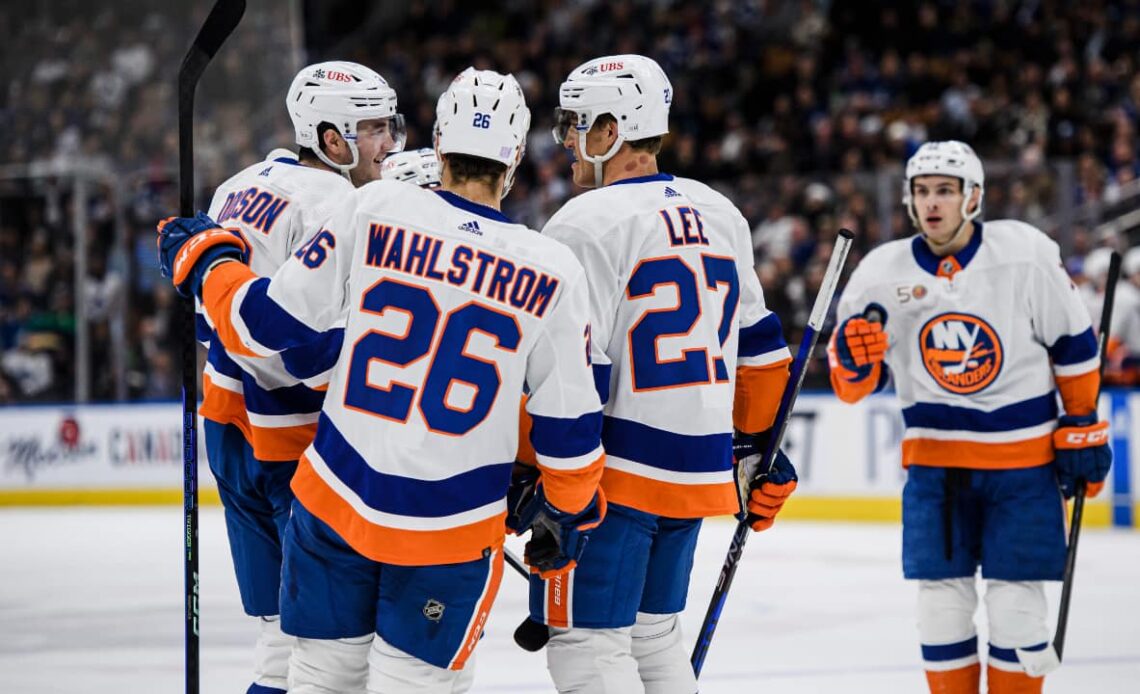 Anthony Beauvillier scored his first goal in 11 games at 1:56 of overtime as the New York Islanders came back from a goal down late in the third period to defeat the Toronto Maple Leafs 3-2 on Monday.

Noah Dobson and Josh Bailey had the goals in regulation for New York (12-8-0), which got 30 stops from Ilya Sorokin.

John Tavares and Auston Matthews replied for Toronto (10-5-5). Erik Kallgren made 21 saves for the Leafs, who lost their fifth game of the season in OT. Mitch Marner had an assist to extend his point streak to 13 games.

Beauvillier wired his fourth goal of the season upstairs off the rush after taking a drop pass from Brock Nelson in the extra period.

Marner, who has three goals and 15 assists during his red-hot run, also registered points in 13 straight contests last season from March 15 to April 9.

Down 1-0 after the opening 20 minutes, the Leafs got even at 4:49 of the second on a power play when Tavares, who bolted from the Islanders in free agency in July 2018 after nine seasons on Long Island, fired his 11th goal of the campaign past Sorokin off a slick setup from Marner and William Nylander.

The Islanders netminder then robbed Calle Jarnkrok on a Toronto flurry before Matthews scored his ninth on a nice deflection upstairs off a Timothy Liljegren effort at 14:06.

After Jarnkrok missed a great chance from the slot, Bailey buried his fourth to tie it at 2-2 with 2:58 left in regulation following a mixup in the defensive zone between Kallgren and Leafs blue-liner Jordie Benn.

Toronto registered the game’s first seven shots and hit the crossbar in a dominant start. However, New York pushed back with the next five efforts on target before Dobson’s one-timer hit Leafs centre David Kampf in front and caromed past Kallgren for the defenceman’s sixth.