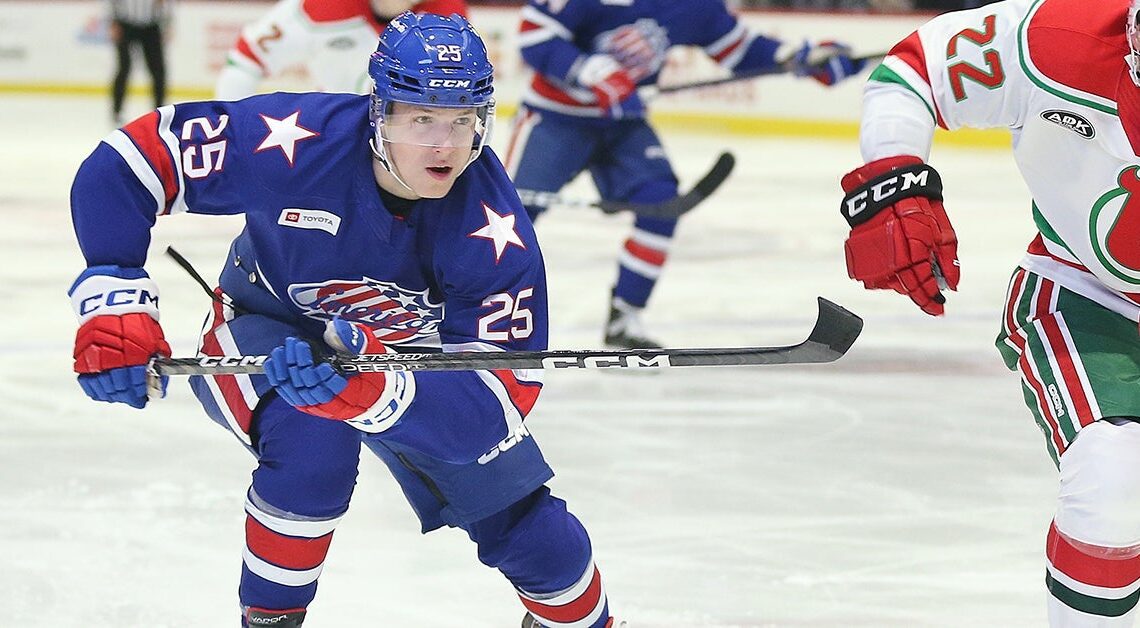 THE CAPTAIN RETURNS, ROSEN RISES TO THE OCCASSION, A WEEK OF UNFAMILIAR FOES

There were only two games for the Rochester Americans last week, however, there’s always several storylines that can come out of a home-and-home against the Utica Comets.

First, there was the return of Amerks captain Michael Mersch. Then, rookie forward Isak Rosen was presented a challenge and rose to the occasion. And finally, the Amerks finished a stretch of 15 games against North Division foes before embarking on a week of Atlantic Division action.

A lot to be excited about and Amerks head coach Seth Appert covers it all right here.

“He (Mersch) impacts our team in so many ways,” started Appert when asked to discuss the prominence of Mersch’s presence in the games against Utica.

Mersch returned to play this weekend after being sidelined for 10 games with an upper-body injury. In the captain’s first game back, he immediately found himself on the scoresheet by crashing a rebound and steering the puck past Utica netminder Nico Daws as he was falling to his knees.

However, Mersch’s presence on the ice isn’t even what Appert values the most from his captain.

“He’s our most vocal player in terms of communicating with his teammates, communicating with his linemates, talking to guys on the ice when he’s on the bench. Him being there allows me to say less and any time I can use my voice less is a powerful thing because now when I say things, it becomes more important.”

Prior to this weekend Mersch, appeared in just three games to start the 2022-23 campaign, before suffering an injury against the Belleville Senators on Oct. 19. After this weekend’s action, Mersch now has three points on the season with one goal and two assists and looks to appear in his 100th game as an Amerk this upcoming Friday against the Bridgeport Islanders.

“Saturday morning, we challenged our forwards…to up the compete and challenge how hard we need to play to score five-on-five and to get to those dirty areas,” said Appert when discussing the play of Rosen this weekend against Utica.

The rookie forward posted his fourth two-point effort of the year on Saturday with an assist and the eventual game-winner. Rosen’s first game-winner of the season, and his third tally on the year, pushed his point total to 11 through his first 15 games as an…