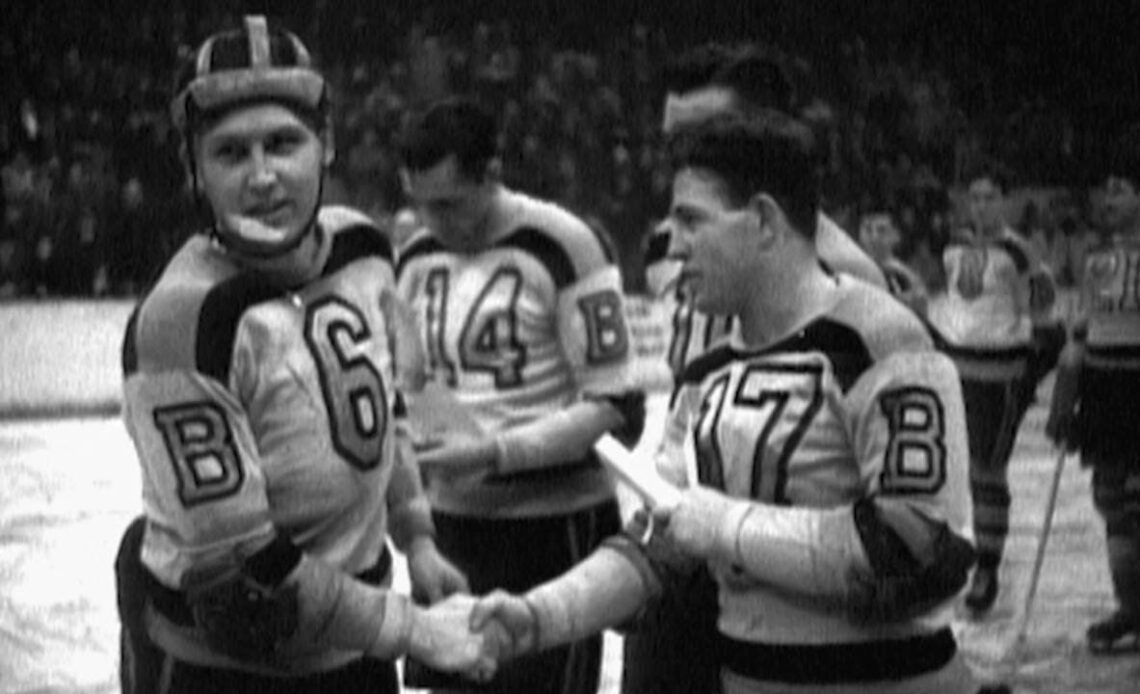 This is a pretty important date for Boston in National Hockey League history. Nov. 20 has also been rather kind to players and fans in Toronto and Philadelphia, as well. Two legendary goaltenders got their numbers retired in the same ceremony, and one of the legends in Detroit accomplished something only one other player had in league history. So, let’s start our daily trip back in time to revisit all the best this date has given us.

The Boston Garden was one of the most historic arenas in the history of the NHL, and on Nov. 20, 1928, the Boston Bruins took to its ice for the very first time. After playing at the Boston Arena for four seasons, the Bruins hosted the Montreal Canadiens in their new home. The rivals from across the border sent a big crowd of nearly 16,000 fans out the doors in foul moods after beating the home team 1-0. The Bruins called the Boston Garden home for 67 years.

A decade later, on Nov. 20, 1938, Tiny Thompson became the first goaltender in league history to record 250 victories in the Bruins 4-1 win over the visiting Detroit Red Wings.

Rookie and future superstar Bobby Orr scored his first career shorthanded goal on Nov. 20, 1966, as the Bruins earned another win over the Red Wings 5-2. He scored 16 shorthanded goals in his 10 seasons with the team.

Orr had another memorable night, five years later, on Nov. 20, 1971. He picked up two of his 83 assists on the 1971-72 season to lead the Bruins over the Chicago Blackhawks 2-1. This performance gave him 300 assists in his career. He retired with 645 career helpers, which are 13th on the NHL’s all-time list for assists by a defenseman.

Hall of Fame Achievements in Toronto

On Nov. 20, 1934, Busher Jackson became the first player in the early history of the NHL to score four goals in the same period. He was the difference-maker in the Toronto Maple Leafs’ 5-2 win over the St. Louis Eagles by scoring four times in the third period.

Legendary center Dave Keon became the third player in Maple Leafs’ history to play in 1,000 games on Nov. 20, 1974, in an 8-5 loss at the Pittsburgh Penguins. In his milestone game, he had a big night, scoring his fifth career hat trick in the losing effort.

The Blackhawks have had a rich history of quality goaltenders throughout the decades. On Nov. 20, 1988, they retired the numbers of two of the greatest netminders to ever play in the NHL. They sent the No. 1 of Glenn Hall and No….