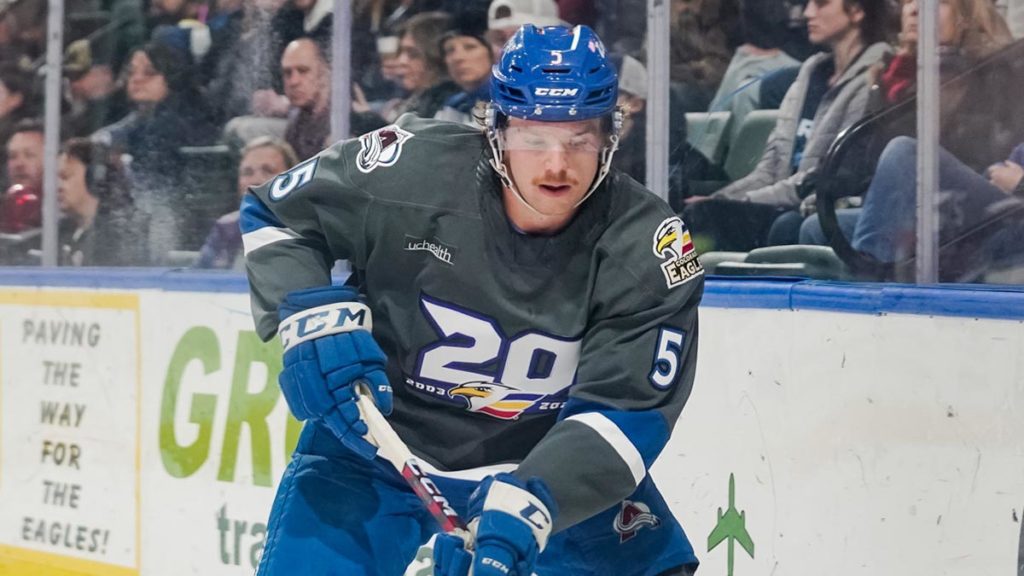 Here is a look at a 16-game Saturday night around the AHL:

COLORADO 3, COACHELLA VALLEY 2 (OT)
The Eagles (10-5-1-0) completed a sweep of their two-game home set with the Firebirds with their second consecutive OT victory. Defenseman Wyatt Aamodt struck 32 seconds into overtime while Jonas Johansson had 30 saves as Colorado extended its point streak to eight games (7-0-1-0) and moved into the Western Conference lead with 21 points. Coachella Valley built a 2-0 lead on second-period goals by Max McCormick and Ville Petman before the Eagles rallied, with Cal Burke forcing overtime with a goal at 16:58 of the third. Christopher Gibson made 32 saves for the Firebirds (7-3-2-0), who are 3-1-2-0 so far on a 16-game road trip.

SYRACUSE 5, BELLEVILLE 4
It was a double-milestone night for the Crunch, who won for the 1,000th time in franchise history and gave Ben Groulx his 300th career victory as an AHL head coach. Syracuse (6-6-1-2) has won four in a row and five of six since a 1-5-1-2 start to the season. a four-game winning streak. The Crunch scored four goals in the first 9:03 of the game to chase Senators starter Logan Flodell, then held on as Belleville (7-7-1-0) cut the deficit to one by the end of the second period. Daniel Walcott, Shawn Element and Trevor Carrick each had a goal and an assist for Syracuse.

TUCSON 6, SAN JOSE 3
The Roadrunners (8-4-1-0) spotted San Jose a 3-0 first-period lead before reeling off six unanswered goals, including Milos Kelemen’s hat trick. Kelemen, a 2022 Olympian for his native Slovakia in his first season in North America, tied the game late in the second period and gave Tucson the lead with 7:31 left in the third. Michael Carcone notched a goal and two assists for the Roadrunners, who were 3-for-10 on the power play. William Eklund, Scott Reedy and Andrew Agozzino scored for the Barracuda (7-6-0-1).

CALGARY 5, BAKERSFIELD 2
Dustin Wolf posted 31 saves for the Wranglers (8-5-1-0), who completed a two-game sweep of their visit to…