P-BRUINS FALL TO ISLANDERS 3-2 IN OVERTIME 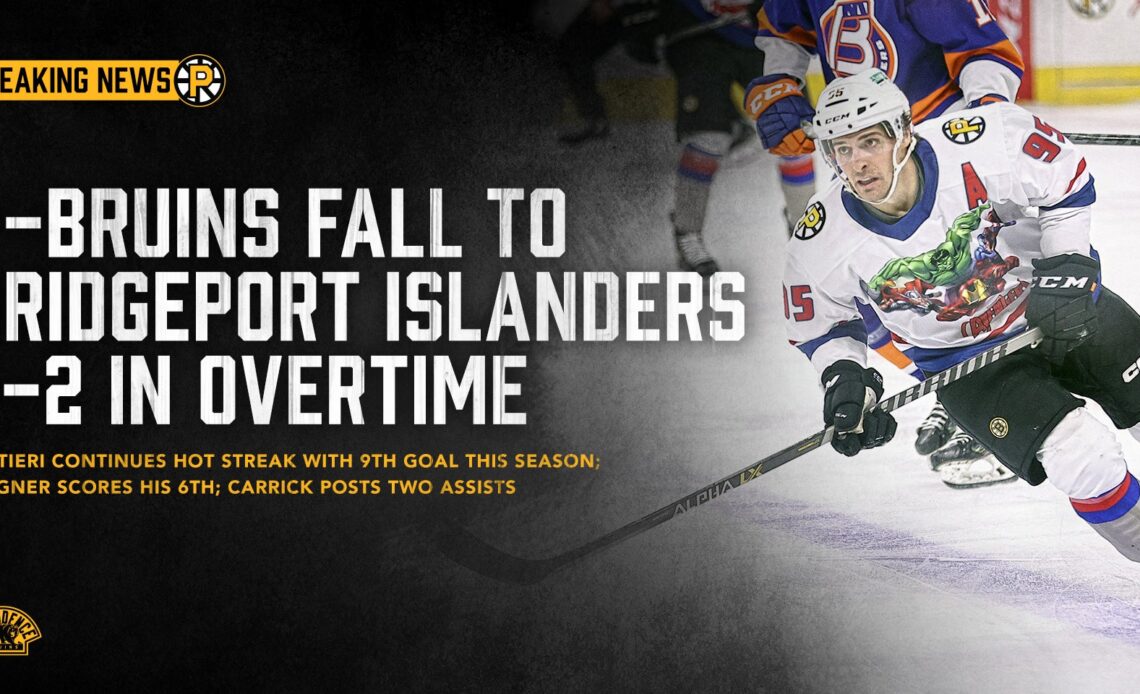 Providence, RI – Vinni Lettieri continued his hot streak scoring another goal, but it wasn’t enough as the Providence Bruins fell to the Bridgeport Islanders 3-2 in overtime on Sunday evening at the Amica Mutual Pavilion. Connor Carrick posted two assists in the contest, while Chris Wagner also potted a goal.

The P-Bruins travel to Rochester, N.Y. to take on the Americans on Wednesday, November 23 at Blue Cross Arena. Puck drop is set for 7:05 p.m. ET.