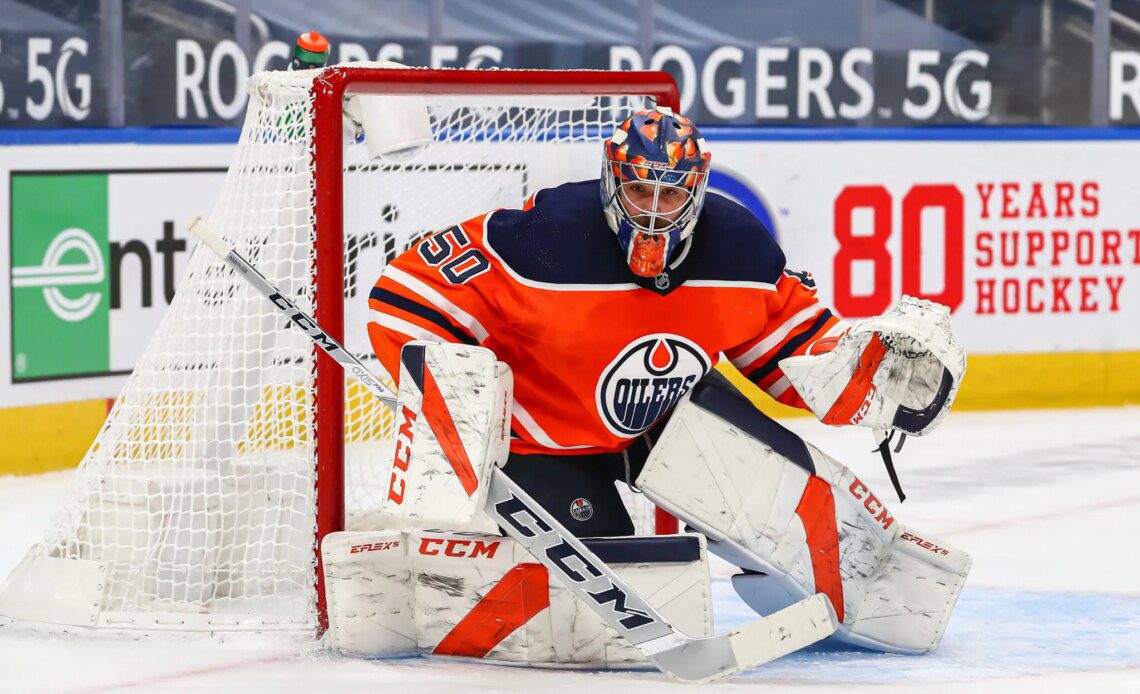 The Edmonton Oilers got a much-needed win at Rogers Place on Saturday (Nov. 19), defeating the powerhouse Vegas Golden Knights 4-3 in overtime to snap a three-game home losing streak.

Connor McDavid scored at 1:17 of sudden death for the Oilers, who also got goals in regulation from Leon Draisaitl, Warren Foegele, and Zach Hyman. Edmonton netminder Stuart Skinner made 31 saves in the winning cause.

Following a 2-5 stretch by the Oilers, their victory over the first-place team in the Western Conference should quell some of the unease in Edmonton, where they had gone since Nov. 1 without winning at Rogers Place.

As he often does, McDavid stole the show, with his highlight-reel game-winning goal. But as they often have been this season, Hyman and Skinner were pivotal in an Oilers victory.

Once again, Skinner was a calm, cool presence between the pipes, even as his teammates were coughing up the puck and his defense was breaking down in front of him. He stopped a handful of tough shots and bounced back after each Vegas goal rather than concede another in quick succession as has been the Oilers’ downfall too often this season.

Skinner was making a season-high third straight start for the Oilers, who seem to be comfortable rolling with their 24-year-old goalie as he continues to play at this high level. The Edmonton native is now 4-4 this season, with a solid 2.52 goals against average (GAA). Most impressive is Skinner’s .930 save percentage (SV%), which is tied for third-best in the NHL among goalies who have appeared in more than three games.

Notably, Skinner’s cohort Jack Campbell hasn’t seen any game action since playing all 60 minutes of a 7-2 loss at the Carolina Hurricanes on Nov. 10, when the veteran tied for the most goals allowed by an Oilers netminder in nearly 12 years.

Throughout the first month of the 2022-23 schedule, Campbell got frequent starts as the Oilers looked to get him on track. Now the team’s decision-makers seem to be fine with letting him sit, even if it means they aren’t getting their money’s worth out…