Michigan State hockey splits with Penn State on the road 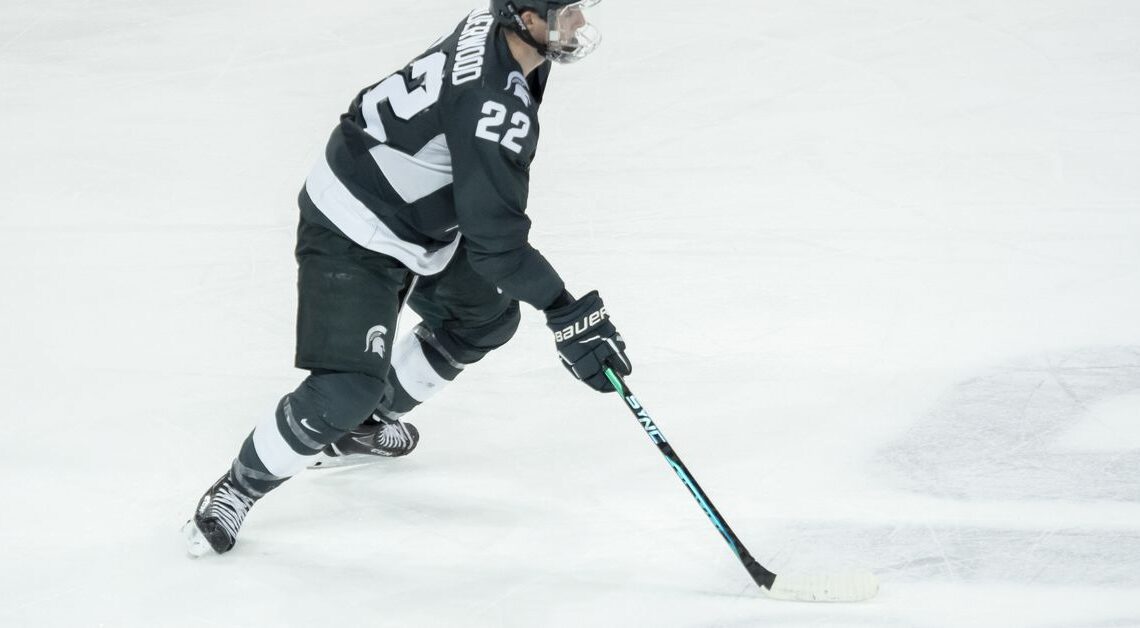 Michigan State men’s ice hockey took a split with No. 6 Penn State this past weekend, losing 4-3 on Friday night, but rebounding for a 7-3 win on Saturday night.

The Spartans looked strong both nights, opening up a 3-2 lead on Friday by the end of the second period. Unfortunately for MSU, a pair of goals by Penn State in the final seven minutes put the Spartans in the losing column.

On Saturday, Michigan State was much stronger, opening up with three goals. It looked like deja vu as Penn State answered with three of its own. However, PSU wouldn’t score again as MSU took a commanding 7-3 victory.

Penn State took the win and three points on Friday night in its 4-3 victory. PSU’s Jimmy Dowd Jr. opened the scoring midway through the first period. Not much longer, Michigan State answered with a pair of goals from freshman defenseman Matt Basgall and senior left wing Jagger Joshua.

Christian Berger tied things up at 2-2 with 4:38 left in the second period. Michigan State answered with a goal from fifth-year senior defenseman Cole Krygier 23 seconds later, giving MSU a 3-2 lead going into the final frame.

In the game, Penn State had one goal waived off due to goaltender interference.

In the 7-3 win on Saturday, Michigan State opened up with a 3-0 lead. That chased goaltender Liam Souliere from the game. Instead, Penn State brought in backup goaltender Noah Grannan, a freshman. Souliere started and won the game on Friday, but didn’t last nine minutes on Saturday.

Grannan was awarded the loss since Penn State tied the game while he was in net.

Both Souliere and Grannan surrendered three goals apiece. Souliere made three saves, while Grannan made 21. MSU’s final nail in the coffin was an empty-net goal from freshman center Karsen Dorwart.

Basgall scored the first for MSU, a rocket from the blue line.

Also scoring in the opening period were junior right wing Jeremy Davidson and sophomore center Jesse Tucker. Within the first 8:43, Michigan State was already ahead 3-0, but Penn State wouldn’t go down without a fight.

Just over eight minutes later, Penn State got on the board with a goal from Christian Sarlo. Shortly after, Joshua was given a five-minute major penalty and a game misconduct for contact to the head.

On that five minute power-play, Penn State scored two goals: one by Gratton and one…