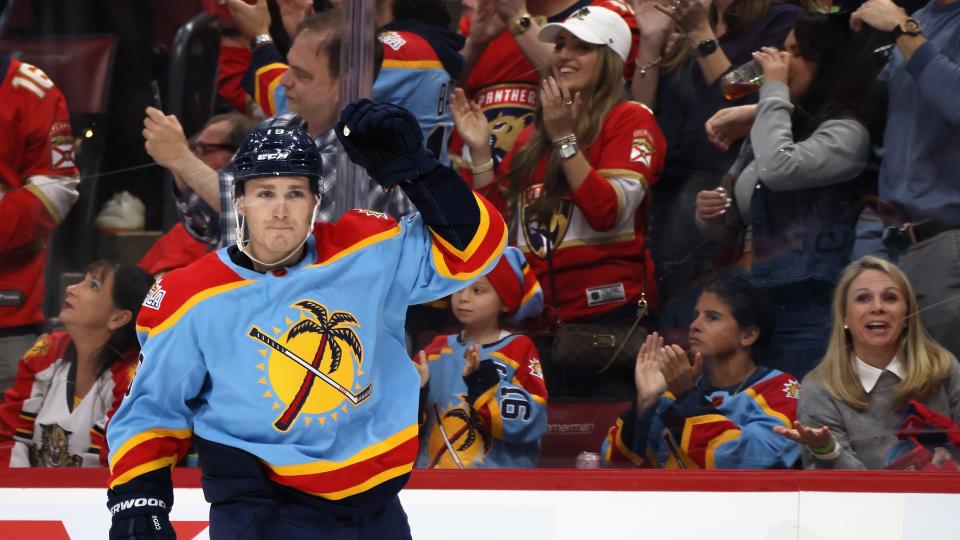 Welcome to another week of the NHL’s best and worst. This week, there was a ton of action and excitement from around the league, as stars showed up and showed off, goalies flashed the leather, and the kids clutched up. Here’s everything you’ve got to catch up on with the very best of the last week of NHL action.

Goal of the week

After breaking out in a big way last season, Tage Thompson has hit another gear with the Buffalo Sabres in 2022-23. In addition to his blistering shot, Thompson has figured out how to use every square inch of his enormous 6-foot-6, 220-pound frame, and it was fully on display here. Check out this Mario Lemeiux-esque cut to the net, as the big fella made mincemeat of an elite Boston Bruins squad — while on the penalty kill no less.

Save of the week

There’s no such thing as out of position when you’re Jacob Markstrom. The reigning Vezina finalist may be off to a slow start to his season, but discount the Swedish netminder at your own risk. On this play against the Winnipeg Jets, Markstrom does the unthinkable, sprawling around and making an awesome windmill save to keep Calgary out in front early.

Star of the week: Matthew Tkachuk

The most anticipated matchup of the weekend, Tkachuk faced his former team riding a bit of a heater with five points in two games already during the week. Add in a pair of points on Saturday against the Calgary Flames, including this point to force OT, and you’ve got yourself one heck of a week worthy of top player honours. Unfortunately for the league’s preeminent rat, his old squad would ultimately get the best of his Panthers, as gave the Flames round one of the Tkachuk Bowl.

Hands of the week

Back in September, Sheldon Keefe and the Maple Leafs floated the idea of putting Mitch Marner out on defence during late-game situations, which caught the curious eye of the hockey world. Now, about two months later, it’s safe to say that there’s been an adjustment period for the Maple Leafs winger. In his latest blue-line escapades, we saw Nico Hischer take the Thornhill, Ont., native for a walk like a puppy on a leash, in what was almost the goal of the season. The always hilarious perhaps put it best.

As the old saying goes: if a picture paints a thousand words, then a video is worth about a million. Check out…