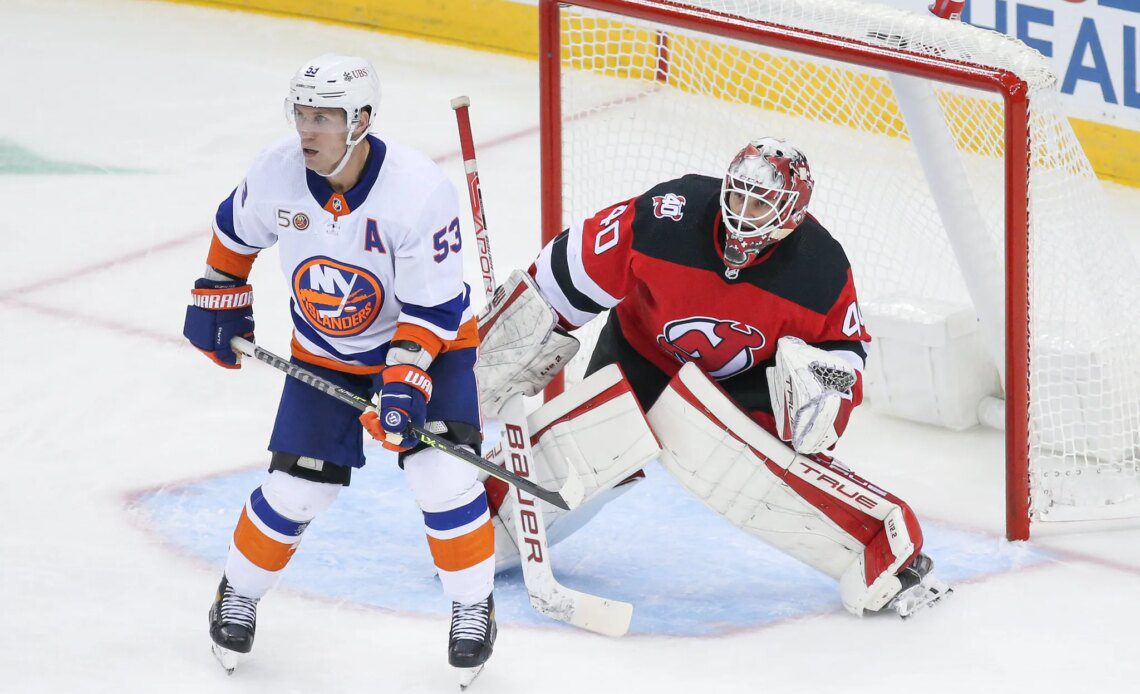 The New Jersey Devils will lose a game again…eventually. Yesterday was not that day, however, as they defeated the Ottawa Senators in convincing fashion with a 5-1 win backstopped by goaltender Akira Schmid. The victory was the Devils’ 12th in a row, one shy of the franchise record of 13 set during the 2000-01 season when they made the Stanley Cup Final but lost to the Colorado Avalanche. Here’s what stood out from yesterday’s win.

With a loaded schedule this coming week that includes four games in six nights, the Devils decided to give Vitek Vanecek the afternoon off. That meant Schmid would make his second start of the season. His first outing went well, as he made 16 saves on 18 shots in a 4-2 win against the Arizona Coyotes. But yesterday was by far the best he’s looked in his young NHL career.

About five minutes into the game, Schmid stonewalled Drake Batherson on a sharp-angled one-timer on the power play, then ate up the ensuing rebound from Brady Tkachuk. Though I wouldn’t classify it as a turning point since the game was still 0-0, those types of saves are what teams need to get off on the right foot.

And while the Devils never trailed and did get out to a 3-0 lead 23 minutes into the game, Schmid still faced some quality chances. He stopped Tkachuk on a breakaway later in the game and consistently made high-end saves, whether it was with his blocker, glove, pad, etc. He was even stopping one-timers with about 30 seconds remaining in regulation.

In all, Schmid made 25 saves on 26 shots while stopping 1.27 goals above expected. His positioning was fantastic, but his calmness in net is what’s improved markedly from a season ago. Making the jump from the USHL — the top junior league in the United States — to the NHL was a big step, and it showed.

Now, he looks like he belongs in the NHL. And with Vanecek needing a rest from time to time while Mackenzie Blackwood recovers from an MCL sprain he suffered two weeks ago, head coach Lindy Ruff should feel confident turning to Schmid until Blackwood is ready to return to action.

Sharangovich With Another Strong Showing

After netting the game-winner in overtime against the Toronto Maple Leafs on Thursday, Yegor Sharangovich followed it up with another impressive…