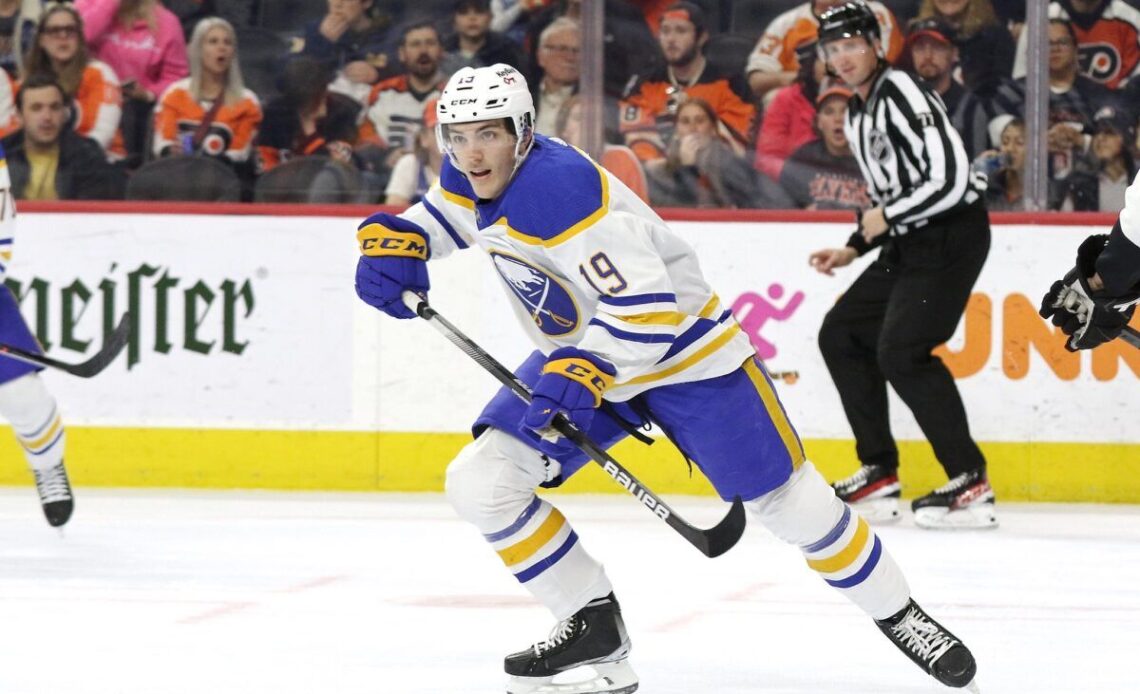 The Buffalo Sabres dropped another game to push their losing streak to eight as they continue their struggles in November. While some of the losses have not looked terrible from an effort or energy perspective, a majority of them have been quite embarrassing. This team has gone from a 7-3-0 record and looking like a hard-nosed team with fight in them, to a 7-11-0 record and looking like they think they can walk through teams on skill alone. They have no right to believe that they can play that way when they have been a bottom-feeding team for more than a decade.

The season started hot, but the key to the Sabres’ success was the effort-driven plays they made, combined with the skill behind their top players like Rasmus Dahlin, Tage Thompson, and Alex Tuch. They may have looked good out of the gate, but a losing streak of this magnitude trumps any meaningless early success. Beyond a handful of players, there needs to be an adjustment. Whether that is swapping players in Rochester, or making a trade is the real question.

The Sabres have a number of young players in the Rochester Americans system that have been doing very well. Linus Weissbach is tied for second on the team in points with 11, along with Lukas Rousek and Isak Rosen, and he leads the team with six goals in 15 games. He was one of the fringe players in the preseason that looked great, and deserved a shot in the opening lineup, but was ultimately sent down in order to keep Peyton Krebs and rookies JJ Peterka and Jack Quinn in Buffalo. He plays a calculated game with great speed and good finishing ability, and the Sabres could use that kind of player right now.

Of the players mentioned on the Sabres roster, the least impressive one has been Krebs. Last season he was working hard, driving plays, and making some great passes, but this year, he has been making the simplest plays look complicated. He has been moved between the third and fourth lines and has been taken off the power-play that he originally was on earlier in the year, and it is clear that he needs a little more development time. At the very least, he needs to get his confidence back, and playing 19 minutes per night in Rochester over 10 minutes per night in Buffalo should help him get there. He needs to show signs of improvement soon, or his role will continue to diminish.

The Sabres have already recalled…