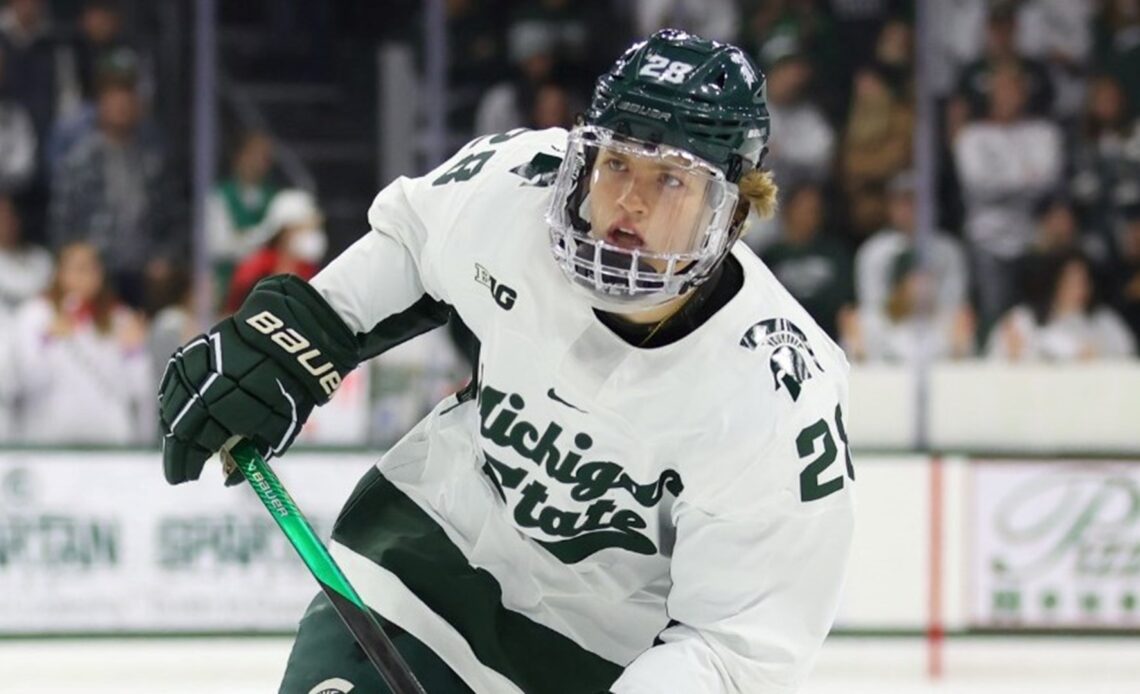 State College, Pa.  –  Michigan State earned a split in the series at No. 6/6 Penn State on Saturday, skating to a convincing 7-3 victory over the Nittany Lions.

MSU scored the first three goals of the game in the first 10 minutes of the opening stanza, but saw the home team battle back to tie the game with three goals in the final 3:27 of the period to skate into the intermission tied at three each as Tanner Kelly, Jeremy Davidson, and Jesse Tucker all scored to build the lead for the Spartans .  Jagger Joshua was whistled for a major for interference with the Spartans leading 3-1, allowing the home team to rally for a pair of power play goals in the final 63 seconds to tie it up.

MSU took control with another three-goal period, scoring three times in the final 10 minutes of the second frame.  Karsen Dorwart, Erik Middendorf, and Daniel Russell were the scorers, sending Michigan State into the locker room with a convincing lead.    Dorwart picked up his second goal of the game into an empty net for the deciding 7-3 margin.

Dylan St. Cyr shut out the Nittany Lions after that first period, with nine saves in the second period and eight in the third to earn the win.  He had 30 saves on the night overall.

The Spartans turn to non- conference play next weekend, traveling to Oxford, Ohio for a weekend series with Miami.