Flames’ Issues This Season All Stem From Goaltending 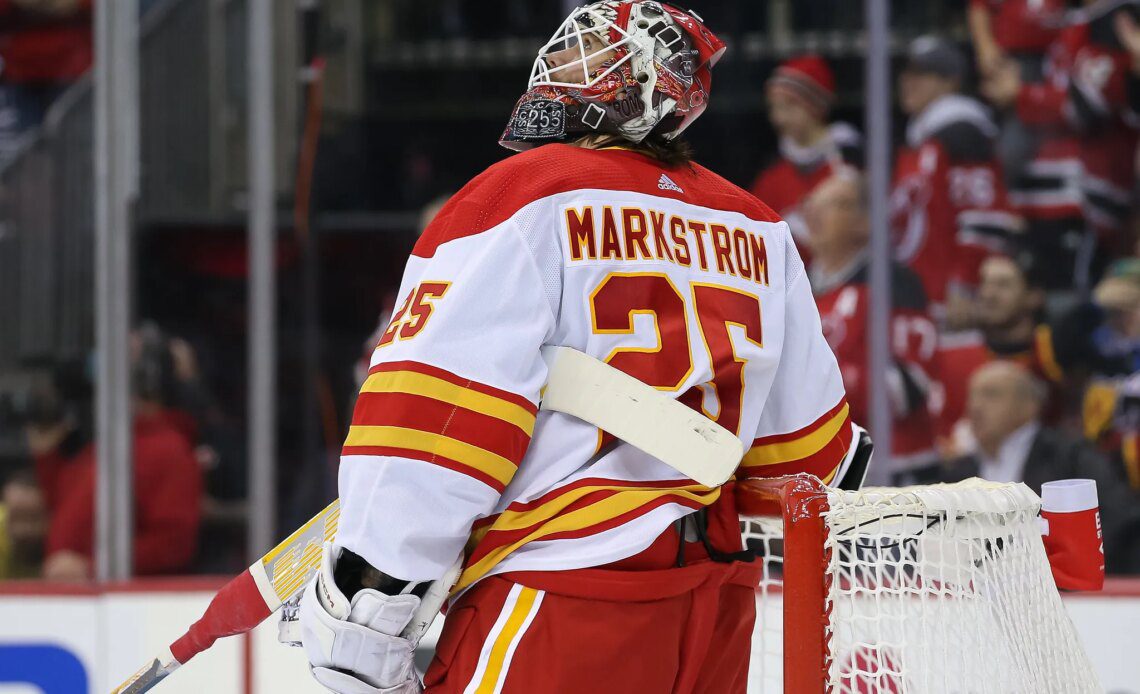 Jacob Markstrom has now been a starter in the NHL for six seasons. He played three with the Vancouver Canucks before joining the Calgary Flames and is now playing in his third season for this team. He has had some ups and downs, but in general, he is one of the best goaltenders in the league and a big reason for the success or failure of the team.

Goaltending wasn’t supposed to be an area of concern for the Flames, but it has been a big reason why the Flames are losing games. Neither goaltender has been good this season regardless of the strong play in front of them.

Markstrom’s Up & Down Flames Tenure

In his first season with the Flames, he took nearly a season to settle in and the team missed the playoffs. As a starter, Markstrom put up a 2.66 goals-against average (GAA) and .904 save percentage (SV%). That won’t generally help a team get into the postseason and it didn’t in this instance. The following season (2021-22), the goalie bounced back in a major way to the level he was at in his final season in Vancouver, a Vezina-calibre goaltender.

Markstrom finished fourth in voting in his final season with the Canucks before then finishing second last season. His numbers this season are far worse than they were in his first with the Flames. It may be cause for a bit of concern, but the team should also have patience. Though he bounced back before and should do so again, the Flames can’t afford to lose a season with this team they have because of poor goaltending.

All Signs Point to the Issue Being in Net for Flames

It comes down to Markstrom’s play in the crease. After the Flames’ game against the Tampa Bay Lightning, he said, “if you look strictly at the numbers, I’ve got to be better.” Considering how the team has driven possession and seemingly given Markstrom and Dan Vladar every chance to win, it’s the main cause for the team’s struggles.

Related: 4 Scoring Forwards the Flames Should Target in a Trade

The Flames have won just two of the past 10 games and Markstrom has a GAA of 3.06 and SV% of .887. The SV% is more concerning because he’s generally had a higher GAA than the average elite goaltender since he’s played on a team like the Canucks who gave up lots of shots. But his SV% has always been strong. The netminder averages .911 in his career, which includes this season in which it has been brought down. His SV% from the first two seasons in…