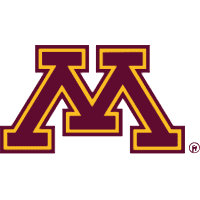 MADISON, Wis. – Thanks to a late goal by senior captain Britta Curl, the No. 3 Wisconsin women’s hockey team battled to a 3-3 tie against No. 1 Minnesota on Saturday afternoon in front of a sellout crowd at LaBahn Arena.

Jungels got things started for the Badgers with a rocket to the back of the net before the Gophers tied things up.

Edwards got the lead back for Wisconsin with a shot to the upper corner, just 2:11 into the second period, before Minnesota answered with two to regain the lead.

With just 10 seconds to go in the game, Curl tallied a goal with an extra attacker to force overtime.

Both teams had stellar chances in overtime, but neither team was able to earn an overtime triumph.

In the shootout, the Gophers scored on their third attempt to net the extra point in the WCHA standings.

Three Notes of the Game

– Eight of 51 of Britta Curl’s career goals have been scored against the Gophers.

– Cami Kronish made a season-high 38 saves in the tie, including a highlight reel save in OT.

– The Badgers are undefeated in games at LaBahn Arena this season with a 6-0-1 record.

Straight from the Rink

On the fast-paced game:

“At times both teams played really well and I think a lot of people expected what we saw. It was good, a lot of hype, especially early on….