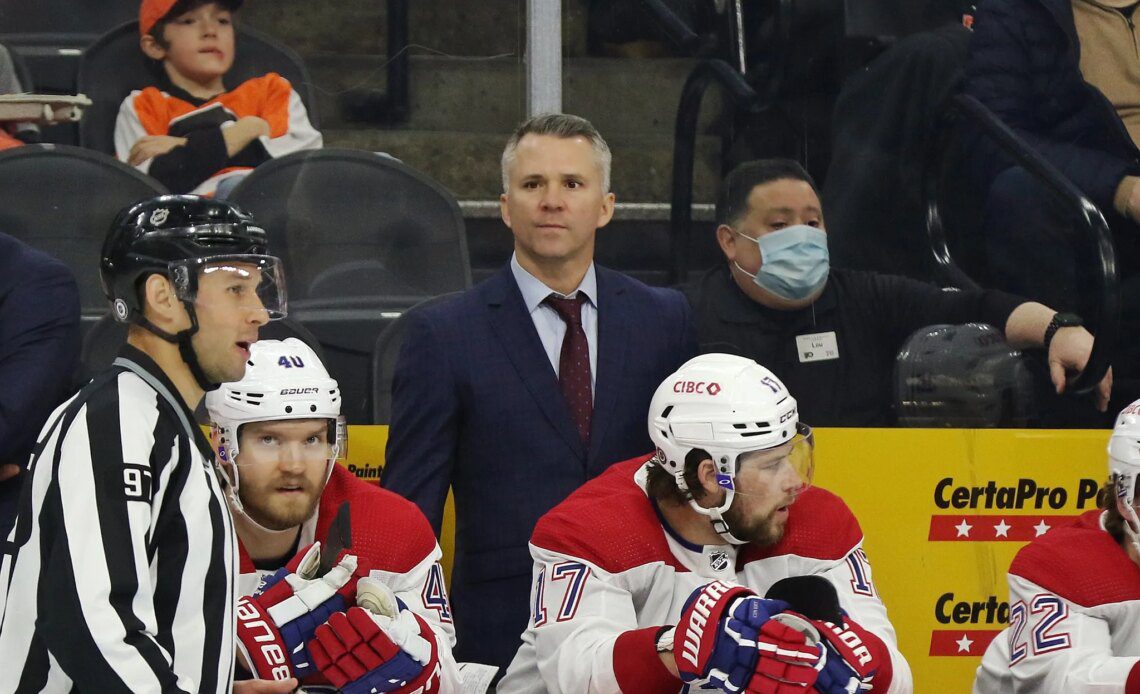 The Montreal Canadiens are ready to compete under head coach Martin St. Louis. They’re just not ready to win under both him and general manager Kent Hughes. That’s an important distinction to make. It should go without saying, but, until they are, they shouldn’t be ready to contend for so much as a playoff spot.

Truth be told the Canadiens were ready to compete under St. Louis, pretty much from the start. That was evident from the jump, once he got hired to replace Dominique Ducharme behind the bench in 2021-22. Pretty soon, the Canadiens won two in a row for the first time all season and eventually five. The Habs had been putting together one of the worst seasons in franchise history under Ducharme, going 8-30-7. However, they went an at least respectable 14-19-4 under his successor.

Believe It or Not, Canadiens Are Indeed Rebuilding

Now 8-8-1 in 2022-23, the Canadiens are showing a great degree of additional progress, which is encouraging under the scope of what is an undeniable rebuild. Long story short, you know it’s a rebuild for several reasons.

For example, Hughes acquired Sean Monahan. The one-time star cener had been coming off multiple hip surgeries. So, t was more so a deal for the first-round pick the Calgary Flames were offering to help them out of a cap jam. In the process, Hughes used the cap space he confirmed would be made available once Carey Price went on long-term injured reserve (from “’Disheartening’: Canadiens’ Price could miss entire season, GM Hughes says,” Montreal Gazette, Aug. 19, 2022).

Breaking it down further, instead of using the space to acquire a replacement goalie, Hughes got another center, after acquiring Kirby Dach, who Hughes projected as playing down the middle himself, at the 2022 NHL Entry Draft. Even though Monahan has worked out better than expected, logic dictates you don’t trade for him unless you want to give Dach time to acclimate to that position with zero to little pressure on him or Monahan to produce… so, a rebuild.

You also don’t make that move, effectively opting against using the cap space to replace Price, unless you’re committed to a non-playoff season. After all, even if you can’t help but love goalies Jake Allen and Samuel Montembeault for the effort levels they…