Blackhawks Need These 4 Forwards to Begin Stepping Up 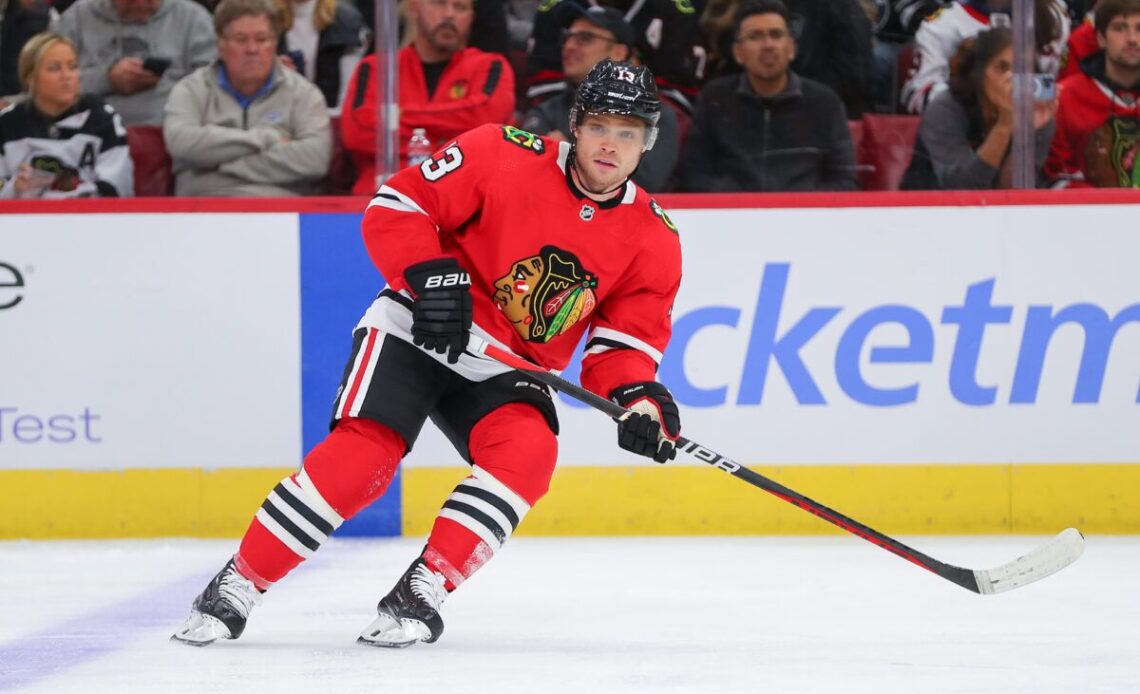 To put it nicely, the Chicago Blackhawks‘ offense has been underwhelming these past few weeks. The team has scored just nine goals in their last seven games, going 2-4-1 in that span.

Now, the Blackhawks have had many factors out of their control. From injuries to a goaltender carousel, the team has gotten a taste of adversity after exceeding expectations during their first stretch of games. That doesn’t mean they can’t start scoring, though. While Chicago’s forward group isn’t amazing, it’s also hard to envision it being this mediocre long-term.

Although they remain unlikely to contend, the Blackhawks need to get the offense going. Here are four forwards who must step up.

Though he’s young, Philipp Kurashev has shown flashes of being an incredibly skillful player during his NHL career. He had an impressive start to the season, recording a solid six points through his first nine games. Yet, since the calendar flipped to November, he has just one assist over his last seven games, despite getting more ice time in addition to top-line minutes with Max Domi and Patrick Kane.

It’s hard not to root for Kurashev. Right now, it’s a little tough to see him emerging into a consistent top-six forward, yet his skill and effort make him an exciting player to watch even when he isn’t scoring. He isn’t perfect, and he has room to grow, but his recent lack of offense is concerning after such a promising start. On a one-year, “prove it”-type deal, he needs to prove his worth a little more.

Evident by his hot start in October, Kurashev has shown he can score in bunches. Finding a more consistent scoring touch should be key, and he needs to begin producing.

After recording seven points (four goals, three assists) through his first seven games while playing on the top line with Kane and Andreas Athanasiou, it wouldn’t have been a stretch to say Max Domi could match his career-high 72 points earlier this season. That seems unlikelier now, as Domi has recorded just four points through his last nine games.

Despite his early-season success, Domi’s regression seemed a little inevitable. For as good as he looked, there were times when he struggled to find chemistry with Athanasiou and Kane, a theme that has continued during the Blackhawks’ recent slump.