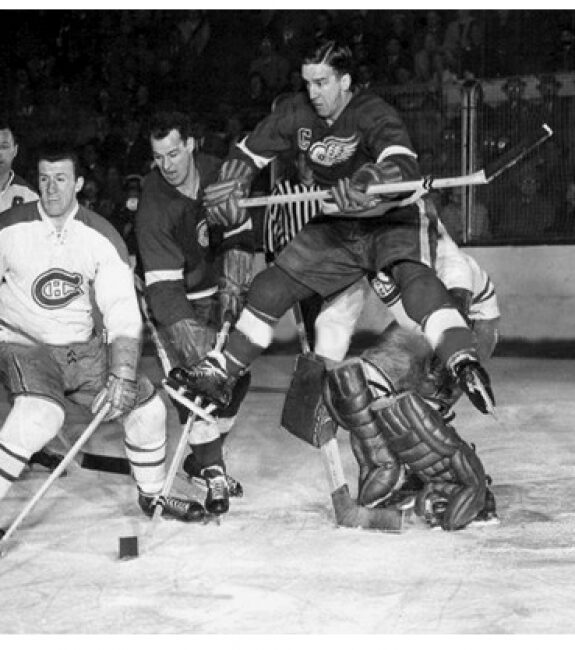 This date has been huge in both Detroit and Toronto as some of the greatest players in National Hockey League history had career highlights. There have also been a bunch of first for both players and teams, as well as a ton of personal milestones along the way.

There is no date more important than Nov. 18 in the history of NHL hockey in Detroit. In 1926, the Detroit Cougars, who became the Red Wings in 1932, made their league debut with a 2-0 loss to the Boston Bruins. The Cougars played all their home games during their inaugural season at the Border Cities Arena in nearby Windsor, Ontario. The famed Olympia Stadium in Detroit did not open until the following year.

On Nov. 18, 1956, Ted Lindsay became the second player in franchise history and the fourth player in league history to score 300 goals. He reached this milestone with his fifth career hat trick in an 8-3 victory over the Montreal Canadiens. He also had two assists to complete a five-point night.

Two years later, on Nov. 18, 1958, goaltender Terry Sawchuk earned his 73rd career shutout in a 6-0 win over the visiting Bruins. Johnny Wilson scored the second hat trick of his career, and Nick Mickoski had a goal and three assists to lead the offensive attack.

Norm Ullman became the fourth player in franchise history to score 200 goals on Nov. 18, 1964, as he had the only goal in a 3-1 loss to the Chicago Blackhawks.

Finally, on Nov. 18, 1977, Detroit signed Czechoslovakia native Vaclav Nedomansky. He was the first player to defect from Eastern Europe to play professionally in North American when he signed with the World Hockey Association (WHA) in 1974. Later that night, he made his NHL debut and picked up three assists in the Red Wings’ 5-3 loss to the Atlanta Flames.

The Red Wings aren’t the only “Original 6” team to have a slew of memories on this date. Plenty of legendary names in the history of the Toronto Maple Leafs left their mark on the game.

On Nov. 18, 1930, Lorne Chabot became the first NHL goaltender to start a season with three straight shutouts as he led the Maple Leafs past the Montreal Maroons 3-0. He earned half…