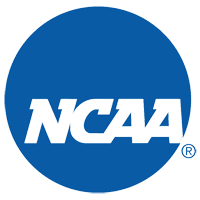 STORRS, Conn. – The North Carolina field hockey team is playing for another crown.

The top-ranked Tar Heels beat No. Penn State 3-0 Friday afternoon as senior Erin Matson scored twice and assisted on a third goal by Paityn Wirth to extend UNC’s season one more game. Carolina is now 20-0 and will take on either Northwestern or Maryland Sunday afternoon for the 2022 title.

On a sunny but cold afternoon at UConn’s Sherman Family Sports Complex, the game was scoreless through the first 21 minutes of play until Ciana Riccardo sent a ball straight down the middle and into the circle to Matson, who one-touched it past the PSU keeper for what would prove to be the gamewinner.

The Tar Heels held that 1-0 advantage through halftime and until the 41st minute, when Matson scored again. Heck sent a pass across the cage and freshman Ashley Sessa got her stick on the ball but couldn’t get off a shot. The ball trickled out to the left side of the circle where Matson tracked it down, turned and fired a shot that struck just inside the post for UNC’s second score of the day.

In the 49th minute, Matson fed Wirth, who started her career at Penn State, for the Tar Heels’ third goal of the day. Wirth received the ball then poked a shot just to the right of PSU keeper Brie Barraco and into the cage.