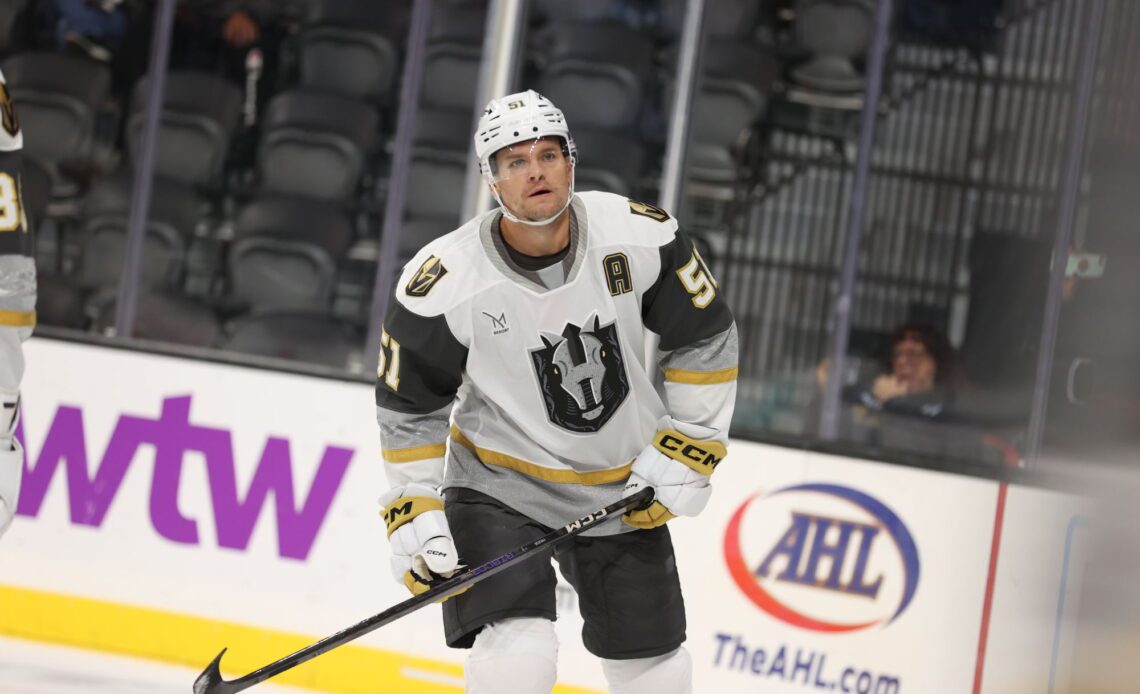 The Henderson Silver Knights take on the Ontario Reign in a split series. They will be at The Dollar Loan Center on Saturday, Nov. 19 and Toyota Arena on Sunday, Nov. 20. Puck drop for both games is set for 3 p.m. PT.

Henderson stands 10th in the Pacific Division. Through their first 15 games of the season, the Silver Knights are 4-11-0.

Sheldon Rempal leads the Silver Knights in scoring with 10 points (5G, 5A). He is currently tied with Gage Quinney for most power-play goals on the team with three. Daniil Miromanov leads all defensemen with 9 points (4G, 5A) and stands second in scoring on the team. He has scored goals in three straight games.

The Ontario Reign sit at third in the Pacific Division with 12 games played. Through those 12 games, they are 7-4-1.

T.J. Tynan leads the scoring for Ontario with 15 points (1G, 14A) this season. Akil Thomas and Aiden Dudas are tied among active players in goals with five. Pheonix Copley has played eight games for the Reign with a GAA of 2.79 and a save percentage of 0.902.

On Tuesday, Nov. 15 and Wednesday, Nov. 16, the Henderson Silver Knights split their away series against the Tucson Roadrunners. On Tuesday, they triumphed over the Roadrunners, 7-1. Twelve different Knights appeared on the scoresheet, with goals from Daniil Miromanov, Brendan Brisson, Sakari Manninen, Connor Ford, Gage Quinney, Jonas Rondbjerg, and Mason Primeau helping them secure a win. Laurent Brossoit turned aside 29 of 30 shots for his first win of the season.

They dropped the second contest against the Roadrunners, 6-2, with goals from Miromanov and Lukas Cormier.

Saturday, Nov. 19: Watch on AHL TV with subscription, listen to the radio broadcast on 1230 The Game, or see the game in person at The…