Sabres’ Luukkonen Gets Another NHL Shot with Recall From AHL 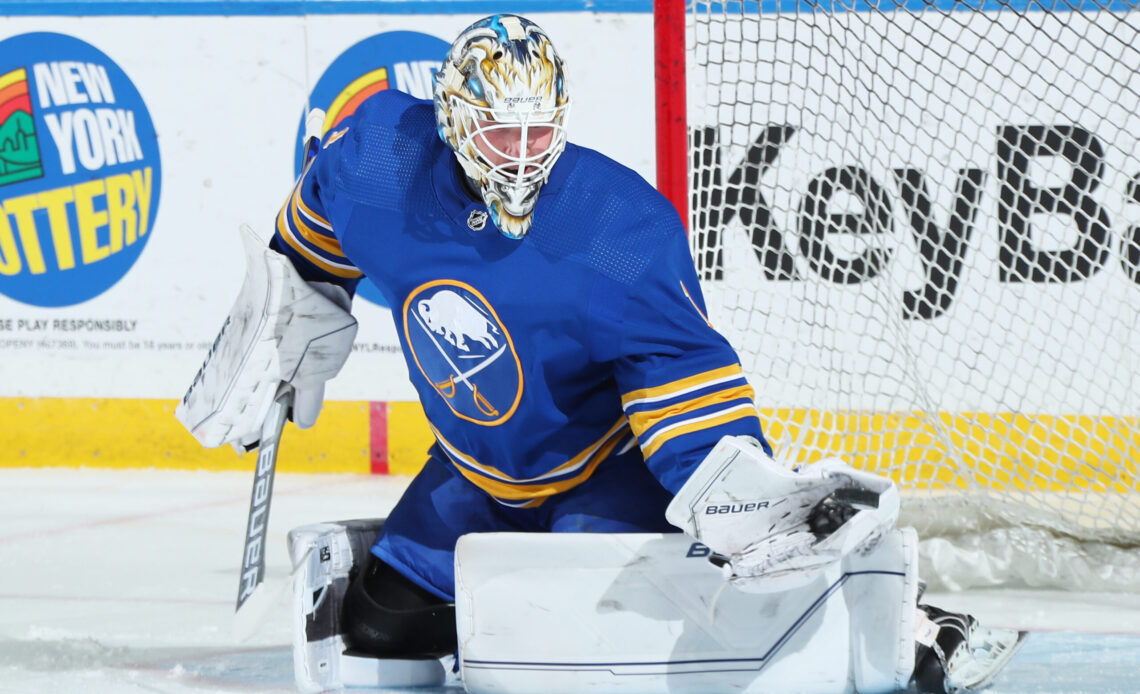 The Buffalo Sabres’ strong start to this season is long gone, and so is the optimism that surrounded it. After playing to a 7-3-0 record through their first 10 games, the Sabres have suddenly dropped seven straight and now find themselves ranked seventh in the Atlantic Division. To make matters worse, goaltender Eric Comrie was lost to a lower-body injury in the second period of Wednesday’s 4-1 loss to the Ottawa Senators after Mathieu Joseph inadvertently barreled into him in the crease.

As a result, the Sabres recalled top goaltending prospect Ukko-Pekka Luukkonen from the American Hockey League’s (AHL) Rochester Americans, and he’ll likely take over the starting duties. Though things look bleak at the moment, this could end up being the break both he and the Sabres have been waiting for.

Sabres Desperate for Help in Net

Though an injury to a top goaltender is never news you want to hear, it’s not as if Comrie had been invaluable to this point. The 27-year-old has a 4-7-0 record with a 3.62 goals-against average (GAA) and a .887 save percentage (SV%) through 11 starts. His struggles aren’t entirely to blame for the Sabres’ sudden plummet (the team’s defense and two-way play have been laughable), but it’s a large reason why. Buffalo knew it was rolling the dice when he was signed as a free agent over the summer, but more was expected from him.

Comrie’s stat line isn’t atrocious, but it’s far from great, and his play has been worse than the numbers suggest. The Sabres have not played well during their seven-game slide, but their goaltending hasn’t bailed them out much. Craig Anderson has played very well in his backup role, but at 41, it’s unlikely he’ll be able to handle any more than that.

Buffalo’s season has been hampered by subpar performances in net, and if the team wants to prevent this slide from becoming a tailspin, something has to change, and as unfortunate as it is for Comrie, his injury could give the team an opening to address the issue.

For the third time in as many seasons, injuries have forced the Sabres to bring the highly-touted youngster into the mix. Since he was selected by Buffalo 54th overall in the 2017 NHL Draft (when he was considered the top European goaltender), Luukkonen has been hailed as the team’s future in that department.

His talent and potential are undeniable, but numerous injuries and the pandemic have greatly slowed his…