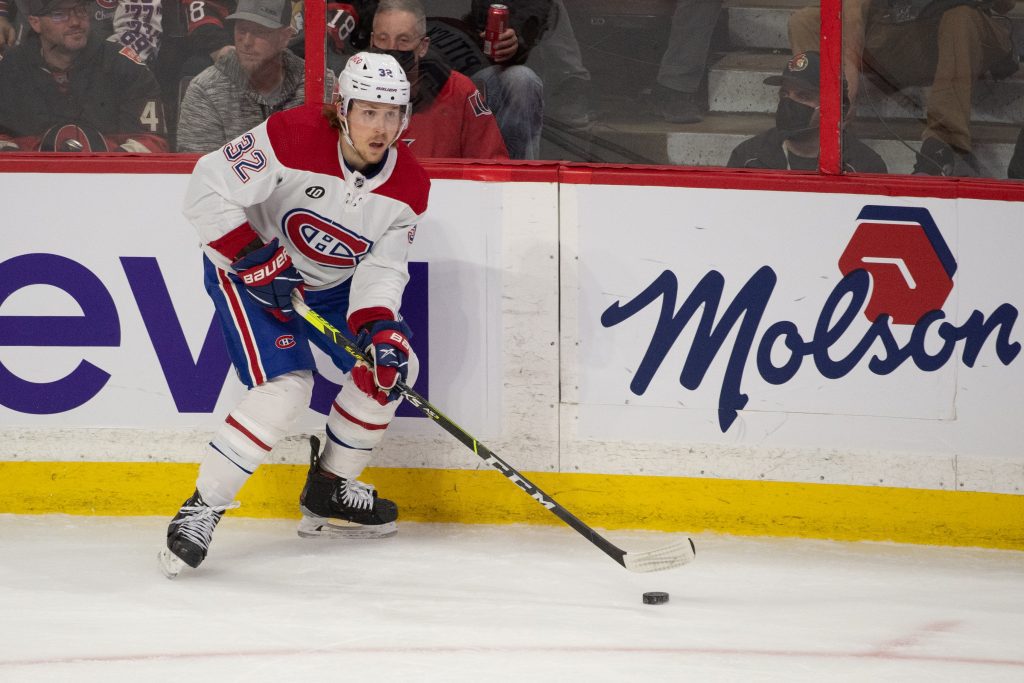 The Montreal Canadiens have sent Rem Pitlick back to the AHL after just a couple of days and no game action, as Mike Matheson is expected to make his return soon. Even if he’s not ready for tomorrow’s game against the Philadelphia Flyers, the Canadiens are at home for the next two and don’t need the extra body traveling with them.

Pitlick, 25, was held scoreless through seven games before eventually finding himself on waivers. The shiny new two-year contract he signed with the team in July didn’t save him from being sent down, meaning the Canadiens are now paying him over $1MM to suit up for the Laval Rocket. The shifty forward has three assists in three AHL games, after scoring 26 in 46 matches with Montreal last year.

Matheson, meanwhile, hasn’t played yet for Montreal after being acquired in the offseason from the Pittsburgh Penguins. He was in a regular jersey at practice on Wednesday and should be back soon. What that means for the Canadiens defense isn’t clear. Eric Engels of Sportsnet recently wrote how it could actually affect fan favorite Arber Xhekaj, as he, Jordan Harris, and Kaiden Guhle are the only waiver-exempt defensemen on the roster. Activating Matheson would give the team eight blueline options, and reduce the amount of flexibility up front.

Getting a change on the back end might not be the worst idea for a team that has given up 15 goals in its last three games. Even with the Columbus Blue Jackets missing half their lineup, Montreal still managed to give up six goals last night in a loss. Xhekaj and Johnathan Kovacevic each played fewer than 16 minutes in the game.