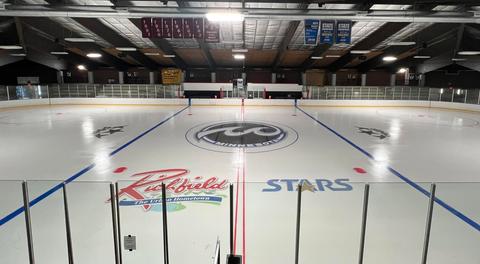 The Premier Hockey Federation (PHF) is back in action this weekend with four games in three days, beginning Friday night with the Minnesota Whitecaps home opener against the Boston Pride and continuing Saturday afternoon and Sunday when the Metropolitan Riveters welcome the Toronto Six to their new home.

The scheduled doubleheader between the Buffalo Beauts and host Connecticut Whale has been postponed due to inclement weather and travel conditions.

Here’s a closer look at what’s in store for puck drop.

Friday night hockey returns to the PHF and debuts in Richfield, MN with a renewed rivalry between Boston and Minnesota who were back-to-back Isobel Cup finalists in 2020 and 2021. The Pride have had a perfect start to the new campaign with consecutive shutout victories posted by Corinne Schroeder against Connecticut and Metropolitan during opening weekend action. Meanwhile the Whitecaps are in search of their first win and hope that home ice advantage can do the trick following a pair of 3-2 losses in Toronto. Newcomer Natalie Snodgrass led the way offensively with three points and was among nine players in Minnesota’s lineup who made their PHF debut. Last season the Whitecaps picked up three of their six victories in the first game of weekend doubleheaders at home, notably Nov. 20 against the Pride where Amanda Leveille turned aside all 43 shots faced in a 2-0 shutout. Boston stills holds a 4-2 edge all-time in Minnesota, including Nov. 21 of last season when Amanda Boulier scored the overtime winner in the 2-1 triumph. This season she’s back in Whitecaps threads and will face her former team that now features free agent acquisition Allie Thunstrom who makes her Minnesota homecoming as the franchise’s all-time leader in games played and goals from 2018-22.

The Rink at American Dream opens its doors to the PHF for the first time in regular season competition as the Riveters host the Six on Saturday afternoon. Toronto earned a pair of 3-2 victories on opening weekend over Minnesota, including an overtime thriller where early season scoring leader Brittany Howard netted the winner. Metropolitan has…