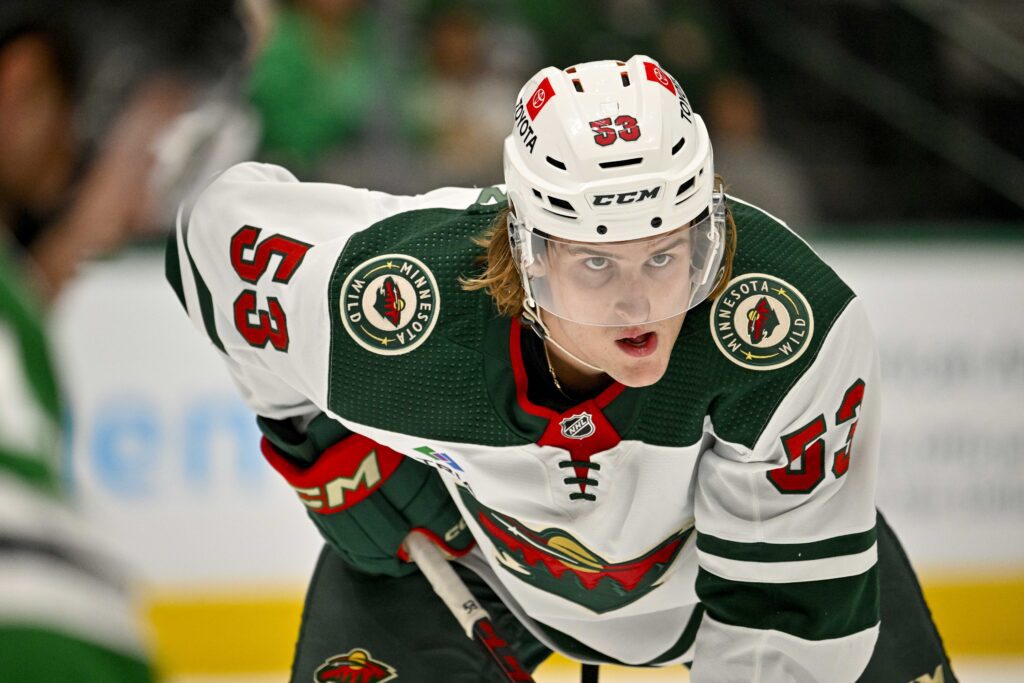 The Minnesota Wild have sent Adam Beckman to the minor leagues, after playing fewer than ten minutes in each of his last three games. The team has several options to replace him, including the potential return of Jordan Greenway, who has been practicing of late.

One thing that Michael Russo of The Athletic also points out is that tomorrow night, the Wild will be honoring Alex Goligoski for playing 1,000 games in the league, a feat he accomplished last month. The team could choose to go with seven defensemen to get him into the lineup, as he’s not a regular at the moment with younger, more effective options ahead of him.

Either way, the Wild need to shake something up. The team has lost three in a row and remains under .500 on the season. They are ahead of only the Chicago Blackhawks and Arizona Coyotes in the Central Division standings, two teams who are trying to finish as low as possible this season.

Greenway, who has played just a handful of shifts this season, was skating with Frederick Gaudreau and Matt Boldy at practice according to Sarah McLellan of the Star Tribune. The 25-year-old has been a big part of the team’s identity the last few years and was one-third of a top defensive line with Marcus Foligno and Joel Eriksson Ek last season.