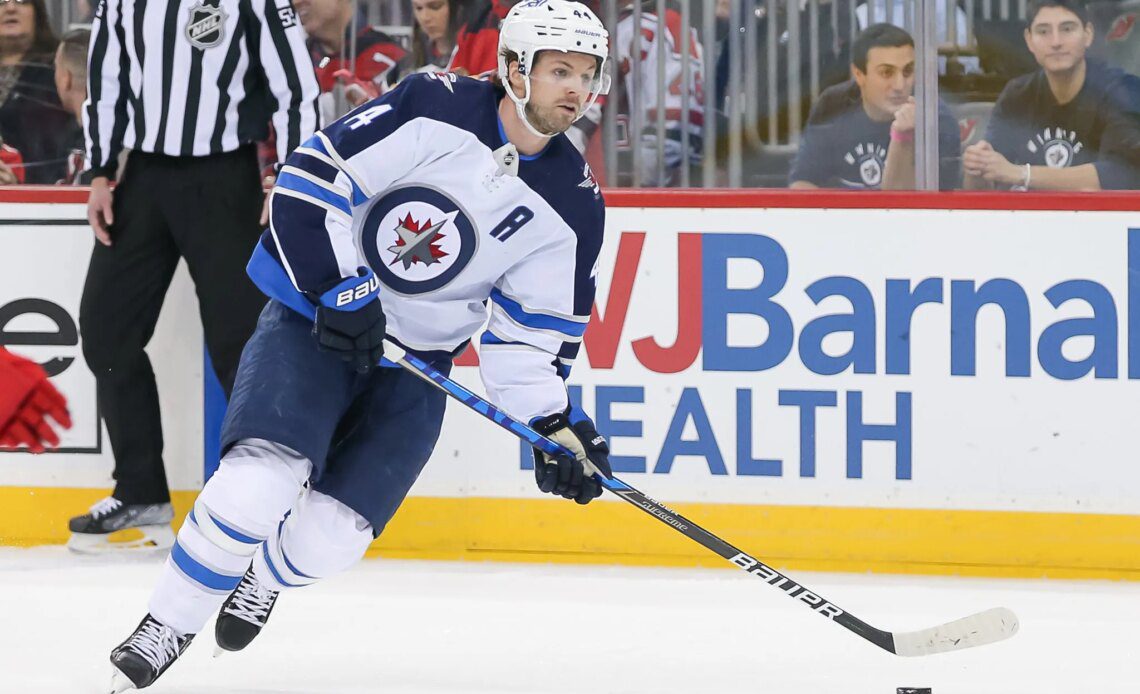 Ever since Josh Morrissey played his first full season with the Winnipeg Jets in 2016-17, it’s hard to imagine the team without him. The alternate captain has become a staple on the roster. Let’s take a look at five of Morrissey’s best moments as a Jet.

We can’t talk about Morrissey’s best moments without acknowledging his first NHL goal. On Nov 15, 2016, the Jets took on the Chicago Blackhawks, and No. 44 lit the lamp for the first time in a Jets jersey.

Coming off the bench on a change, Morrissey received a fairly flawless pass in the slot from Mark Scheifele and quickly found the back of the net to break the ice in the first period, granting the Jets a 1-0 lead. The defenseman said it was a moment he would never forget. He grew up admiring the Blackhawks, especially in his teenage years as he watched the team win three Stanley Cups. One of Morrissey’s favourite players is Duncan Keith, so being able to face him in the rink was a very memorable experience for the left shooter.

2. No. 44 Forces Overtime in Game 3 Against Edmonton Oilers

Remember the Jets’ first round of the 2021 Playoffs against the Edmonton Oilers? If you don’t, here’s a little refresher: the Jets didn’t only win the round, but they completed a sweep over the Oilers. However, in Game 3, the Jets were actually down by a goal with just over five minutes left in the third period.

Morrissey was responsible for tying it up and bringing the Jets to compete for an overtime win. If he hadn’t scored that goal, the Jets likely wouldn’t have earned their historic sweep over the Oilers.

Morrissey faked the shot after a pass from Adam Lowry and ripped a wrist shot just under the glove of Oilers’ goalie Mike Smith. The Jets went on to win 5-4 in overtime and lead the series 3-0. While the stadium was empty due to COVID-19 protocols at the time, the energy of the team was undeniably electric.

On Sunday, the Jets came out on top with a thrilling 3-2 win over the Seattle Kraken. With only 3.9 seconds left in the third period, Blake Wheeler scored on a 6-on-4 advantage forcing overtime. Just under a minute into overtime, Morrissey and Scheifele hit the gas as they zoomed into the offensive zone. No. 44 swept a pass just in front of the crease to Scheifele, and in an instant, the team went from being down 1-0 to winning…