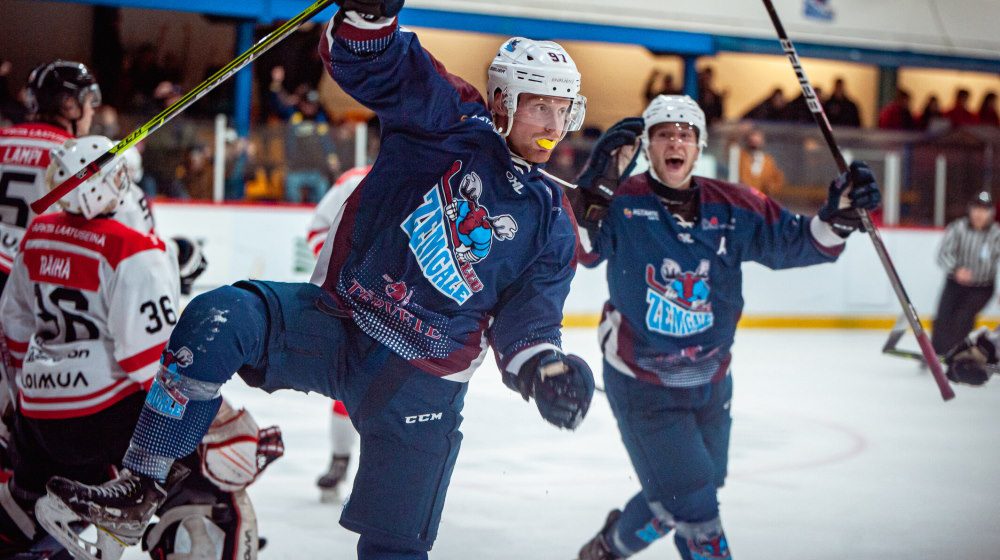 Latvia and Finland co-hosting the upcoming 2023 IIHF Ice Hockey World Championship started a burgeoning cooperation between the two hockey-mad nations. In its wake came a ground-breaking announcement that the Latvian champions Zemgale Jelgava would compete in Mestis, Finland’s second tier, starting from the 2022/23 season.

14 games into their inaugural Mestis adventure, Zemgale’s introduction to life in Finnish hockey has so far been challenging. Icing the youngest roster in the division, the Latvians are currently sitting in the bottom half of the table on 13 points. But games involving Zemgale’s all-Latvian roster have all been competitive affairs. The most recent ones, on the road against TUTO Hockey in Turku played on Tuesday and Wednesday, resulted in two overtime losses.

“As it took some time to put things in place ahead of our first year playing in Mestis, we were not able to fulfil all our ideas and wishes in terms of our roster. But our main focus is and will be on the development of our players. Our team is the youngest in the league, but I believe for sure that for next season we will be more competitive,” said Zemgale’s GM Edgars Buncis.

The Latvian champions will find little time to dwell on recent results. Less than 48 hours after playing in Finland, Zemgale will compete in sunny Wales in the IIHF Continental Cup Group E played in Cardiff this weekend. Looking to get back to winning ways they will face hosts Cardiff Devils, France’s Angers Ducs and Acroni Jesenice of Slovenia. A top-two berth in the round-robin competition would take them to the final four of the Continental Cup played between 13 and 15 January 2023.

Apart from skating in Mestis and the Continental Cup this season, Zemgale is also competing at the top end of the Latvian league OHL. With a gargantuan roster of 45 skaters and five goalies, they can be a tricky bunch to scout during a season where games come thick and fast.

“The total number of games for this season will be more than 85. It’s a lot and there is no reason to exhaust young players as they need time to practise and learn. If there are games played at the same time in Mestis and in the OHL, the best ones will play in Mestis,” explained Buncis.

Hailing from Jelgava, 43 kilometres south of Latvia’s capital Riga, Zemgale has played in the Latvian championship since 2002. Despite being reigning champions, they long lived in the shadows of the country’s flagship team Dinamo Riga. At the start of…