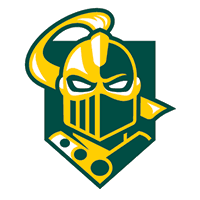 POTSDAM, N.Y. – The special teams of Arizona State ice hockey (7-5-0) continued to shine on Friday night at Cheel Arena against Clarkson University (6-6-0) as the Sun Devil penalty kill group reached 14 consecutive kills dating back to October 29. It was anyone’s night for an entire 60 minutes until the Golden Knights stole the game with 16 seconds left in regulation to defeat the Sun Devils, 2-1.

The loss snaps a three-game winning streak against Clarkson dating back to 2020 and a five-game win streak for ASU this season.

Tim Lovell scored the sole Sun Devil goal in the second period, his second goal of the year to tally seven points this season through 12 games. Lovell is +5 on the year, which is tied for third-highest on the team. Josh Doan and Robert Mastrosimone earned the assists on Lovell’s goal. Doan’s assist extends his point-scoring streak to three games.

TJ Semptimphelter made his 12th consecutive start in the maroon and gold and made 25 saves.

Four minutes into the introductory frame, ASU served its first penalty of the night – a call on Josh Doan for hitting from behind. ASU’s penalty kill squad made easy work, allowing only two shots on goal to…