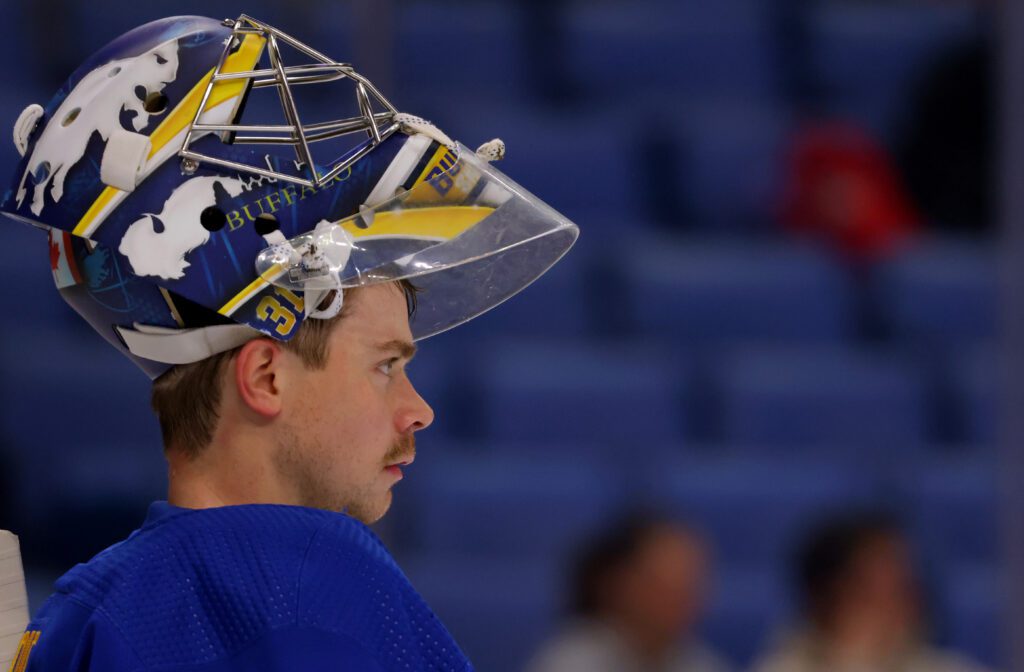 It’s Craig Anderson and Ukko-Pekka Luukkonen for the next little while. Buffalo Sabres general manager Kevyn Adams told reporters including Lance Lysowski of The Buffalo News that Eric Comrie will be out for multiple weeks with a lower-body injury.

While injury is certainly not what you’re hoping for, sitting Comrie down for a little while might not be the worst thing for the Sabres. The 27-year-old goaltender was getting his first run as a starter in the NHL and struggling to find much consistency, posting an .887 save percentage through 11 games. Without strong goaltending, the Sabres started getting shelled on the scoresheet, and have lost seven in a row.

Comrie isn’t completely to blame but the Sabres obviously needed to change something to get the ship righted. Perhaps the recall of Luukkonen can be the spark they need to get things turned around. The young netminder was once considered the sure-fire goaltender of the future for the Sabres, and while that title may have been passed on to 20-year-old Northeastern superstar Devon Levi, there should still be plenty of excitement for Luukkonen.

Now 23, he actually has a .913 save percentage in 13 NHL appearances, despite his AHL numbers not looking quite as strong. The 6’5″ netminder has huge potential to be a starter at the highest level if he can put things together, and will get a chance now to really show what he can do. With a back-to-back situation coming up next week – the team plays the Montreal Canadiens on Tuesday and the St. Louis Blues on Wednesday – both netminders will be needed.