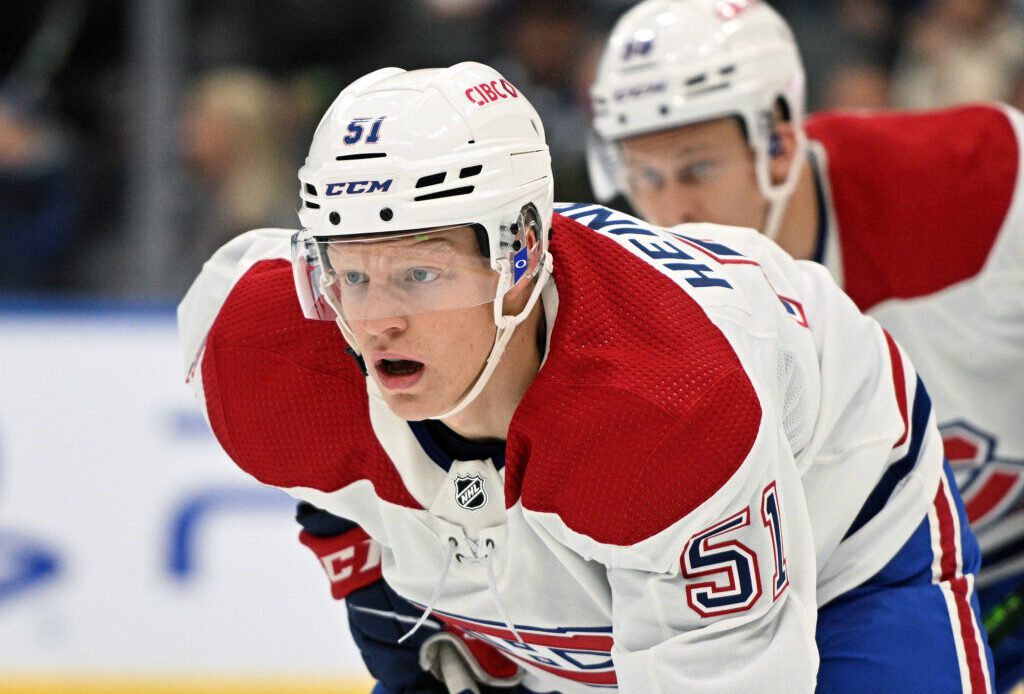 The Montreal Canadiens signed prospect Emil Heineman to a three-year entry-level contract back in April but he hasn’t played a single game yet this season at any level. That’s because of a thumb injury that kept him out six weeks, but as he returns to full health, the team needed to make a decision on where he would play.

Today, they have officially loaned Heineman back to Leksands IF of the SHL, his hometown club team that developed him in Sweden. It’s a nice birthday present for the young forward – who turned 21 on Wednesday – even if it means he won’t be getting an NHL salary. Ready to return to game action, he can try to take the next step in his development at home with a club he is familiar with.

Last season, Heineman had 11 goals and 16 points for Leksands, good numbers for a player so young. Always engaged, no matter where he is on the ice, the 2020 second-round pick has NHL potential, if he can polish off the rough edges of his game. Given that he’s already 21, another year in Sweden should set him up to compete for an NHL role in training camp next year, or play a significant one in Laval.

The first year of his contract will be used in 2022-23, despite him playing overseas.