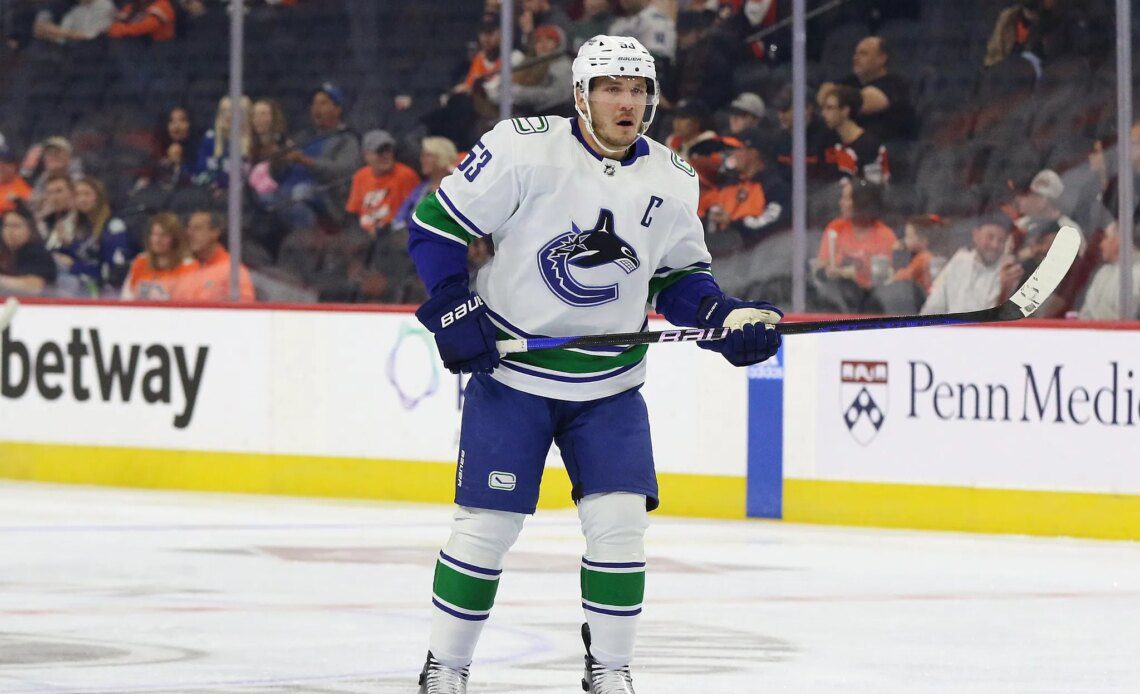 The Vancouver Canucks headed into the 2022-23 season with the expectation that they would compete for a playoff spot. Yet, it appears that it’s going to be another long year in Vancouver, as the Canucks currently sport a 5-9-3 record, and the only team with fewer points than them in the Western Conference is the Anaheim Ducks. Unless they turn things around quickly, they are once again destined to be sellers at the deadline. They have some very interesting trade targets, and Detroit Red Wings general manager (GM) Steve Yzerman would be wise to call them because of it. Let’s look at a few who stand out.

The Red Wings’ primary target from the Canucks should be Bo Horvat. NHL analyst Nick Kypreos already linked him to Detroit in a piece for The Toronto Sun last month, as he noted that the Canucks captain could be an excellent replacement for Dylan Larkin if the latter does not sign an extension before the trade deadline (from ‘Leafs are more than halfway through the John Tavares contract. Was it worth it?’, Toronto Star, 10/27/22). However, even if Larkin agrees to a new deal with the Red Wings, I still believe that they should pursue Horvat. If they acquire him and then sign him to a long-term deal, they would sport one of the NHL’s top one-two punches down the middle.

Horvat would be an automatic fit in their top six, and that remains the case whether he’s playing on their first line or second line. Either way, Detroit would receive a major boost to their forward group, and it would surely help their chances of remaining in the playoff race this season. Furthermore, his outstanding defensive ability would ensure him a spot on their penalty kill. All of these qualities make him the kind of two-way center that every NHL team would love to have.

Although the idea of acquiring Horvat is certainly enticing, it would cost the Red Wings a lot, and this is especially true if he continues to score at the pace he has been this season. In 17 games, he has an impressive 14 goals to go along with six assists. Thus, if an extension is agreed upon, a first-round pick (top-10 protected), a second-round pick, William Wallinder, and Filip Zadina could be enough to get the deal finalized.

There was a lot of buzz surrounding Andrei Kuzmenko’s arrival to the NHL and so far, he has been living up to it. In his first 16 NHL games, the 26-year-old winger has scored a solid seven…