4 Bruins’ Playing Above Their Contract Value 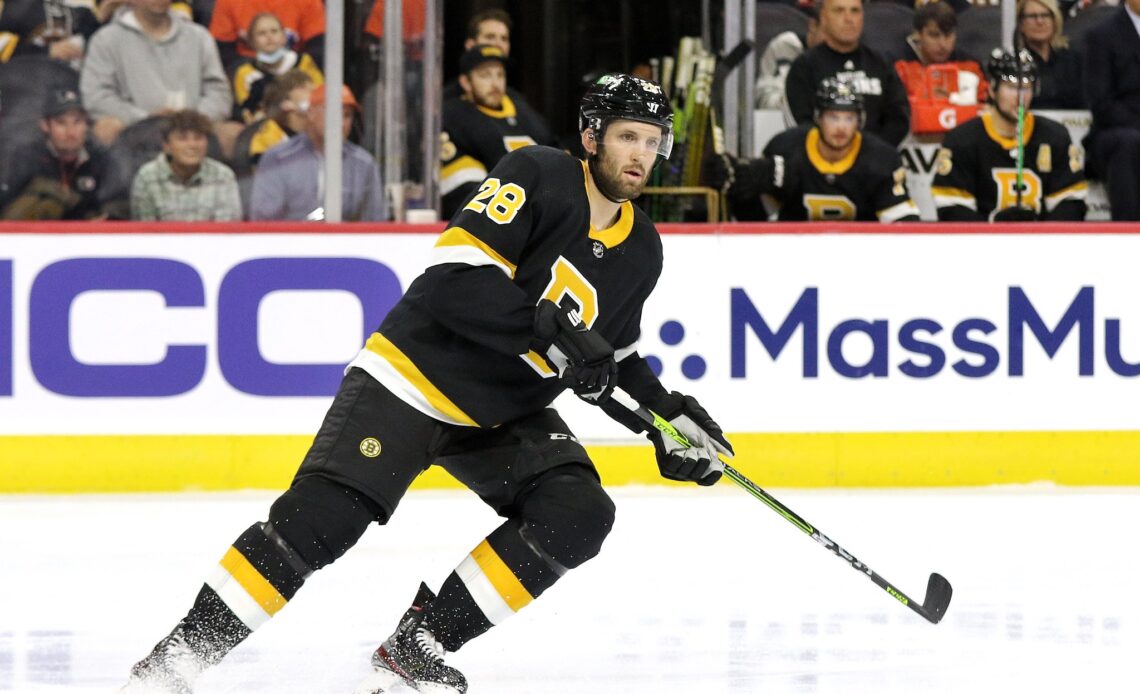 Some of the names that could be playing above their contract value are Linus Ullmark in the net, Charlie Coyle as the third-line center, and Nick Foligno. There are, however, four players that the Bruins are getting tremendous value from and are a part of the reason for Boston’s 15-2-0 start to the season.

In his second season in Boston, Derek Forbort, along with Hampus Lindholm, could be considered the MVP on defense in the absences of Charlie McAvoy, Brandon Carlo, and Matt Grzelcyk at various points early in the season. Lindholm is playing like a 1A defenseman, but Forbort, before getting injured, was playing above his $3 million average annual value (AAV).

In 10 games before he was injured against the Pittsburgh Penguins on Nov. 1 and has been out since being placed on Long Term Injury Reserve (LTIR) following surgery on the middle finger on his hand, Forbort was doing all the little things. He had one goal and three points, but more importantly, he was the top penalty-killing defenseman, he sacrifices his body with 18 blocked shots and plays a physical style with 27 hits.

Forbort and Connor Clifton formed one of the top better pairings for first-year coach Jim Montgomery and made it hard for him to break them up. Forbort is never going to be known for his offensive game, but on this Bruins team, he doesn’t need to worry about that. McAvoy, Lindholm, and others will cover that, but when Forbort returns, he needs to return to his form before his injury and if he does, that will solidify the blueline even more.

Speaking of Clifton, you could make the argument that aside from Lindholm, the new system has been a plus for him. He has been taking advantage of the freedom the defense has been given, pinching in the offensive zone, playing a physical style of hockey (he has 51 hits), and joining the offensive rush. He also has been another key part of the penalty kill, while averaging 21:16 of time on ice a night. His play has allowed him to be moved up and down the defensive…