Sweep of North Dakota ‘Was Huge For Our Group’ 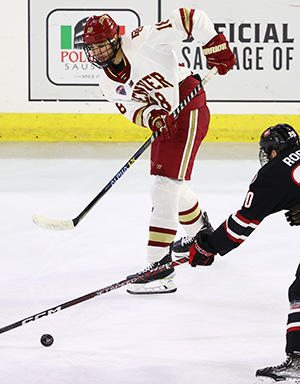 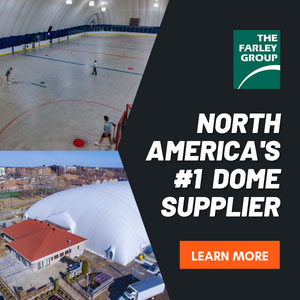 Few incoming freshmen could have imagined a better way to tally their first collegiate goal. Denver’s Jared Wright had the game winner in last Friday’s 3-2 victory over rival North Dakota. He followed up with two more goals Saturday to give Denver its first sweep in Grand Forks since 2010.

For his efforts, Wright was named NCHC Forward of the Week.

However, the commitment to Denver almost didn’t happen. Wright was, by all accounts, headed to Colgate until he flipped his decision late in the summer.

“One of the assistant coaches left at Colgate that I had a really good relationship with,” he said. “When Denver stepped in, I just thought that it was a great opportunity for me, just not only for hockey but academics as well. They just came off a National Championship, and I love the coaching staff here with Coach (David) Carle, and he has a great resume. I think it was kind of a no-brainer for myself.”

The flip to Denver was the end of an eventful summer, one that saw the overage forward get selected by the Los Angeles Kings in the sixth round, 169th overall, in the 2022 NHL Draft.

Shortly after being drafted, Wright attended the team’s annual Development Camp, where he received positive feedback from the Player Development staff.

He also got an up-close look at some of the team’s top prospects.

“It’s really been a supportive group,” Wright said of the Kings’ organization. “It was awesome just speaking with those guys and obviously practicing with guys like Quinton Byfield and Arthur Kaliyev. You really pick up the little details, and it kind of shows why they’re in the NHL, just of all the skill they have and the little details they have in their game.”

With a scheduled bye week on the calendar for this weekend, the break allows the opportunity for Denver to reflect on how big of a series win that was on the road.

After dropping the first game at home, North Dakota seemed poised to make an early statement on Saturday, which they did, scoring the game’s first goal just seven seconds into the game. However, Denver would respond with six goals over the final two periods.

“That was huge for our group. It’s such a hard environment to play in; the atmosphere is crazy. When they score goals, they build a lot of momentum in that…