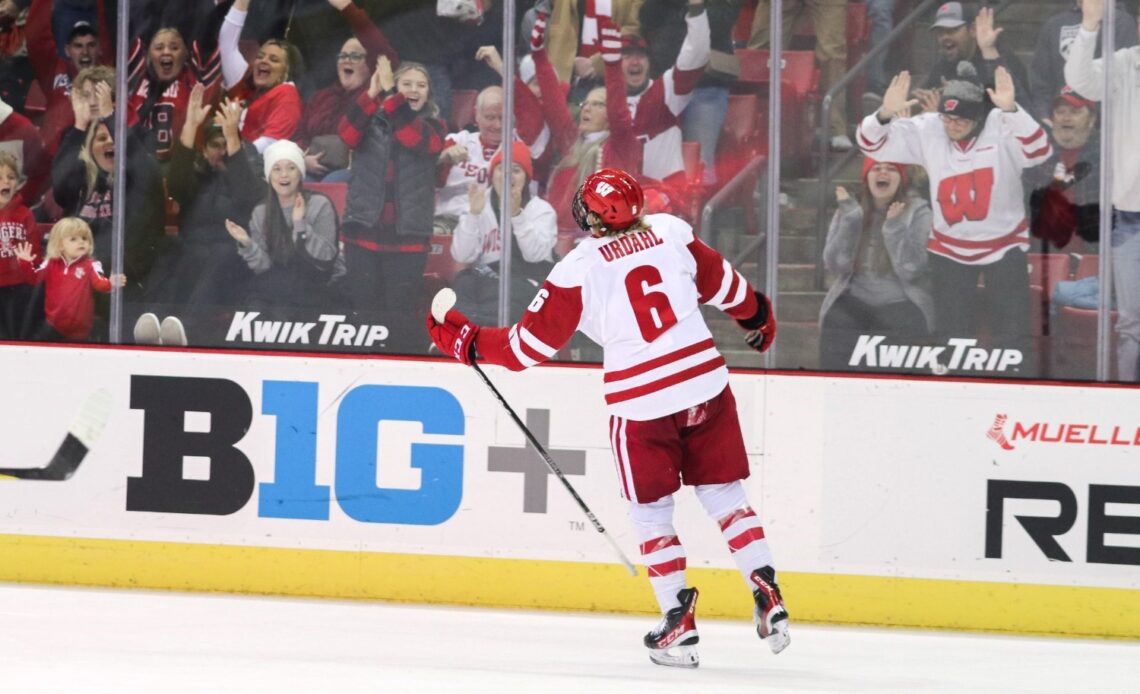 MADISON, Wis. — Fresh off a pair of victories over LIU, the Wisconsin men’s hockey team continues their six-game homestand with a two-game non-conference series against Lindenwood on Friday and Saturday, Nov. 18-19, at the Kohl Center.

Here’s six quick things to know before tuning in:

1 – SERIES SWEEP: The Badgers notched their second series sweep of the season with a pair of wins over Long Island last weekend. Wisconsin claimed the first game 3-2 before battling back from 2-0 and 3-2 deficits to win 4-3 in overtime on Saturday.

Badgers wrap up Shark week with a win! pic.twitter.com/RBHFjGLTPR

2 – URDAHL CALLS GAME: Zach Urdahl played overtime hero on Saturday when he netted the game-winning goal to lift the Badgers over LIU, 4-3, for his first game-winner of his career. You may remember Urdahl also scored the tourney winner in the shootout against Providence at the inaugural Kwik Trip Holiday Face-Off last December in Milwaukee.

Urdahl also opened up the scoring on Friday night with a power-play goal early in the first period.

3 – DEXHEIMER FOR THREE: Freshman defenseman Ben Dexheimer tallied his first career multi-point game with a pair of assists against LIU on Friday. He also set up Urdahl’s OT winner the following night for a three-point weekend. Dexheimer currently leads Badger defensemen with six points in 12 games.

Freshman forward Cruz Lucius tallied a two-point night on Friday with an assist and game-winning goal over LIU, set up by rookie defenseman Tyson Jugnauth.

Lucius sinks one for the Badgers!

Jack Horbach scored short-handed to help tie the score and Charlie Stramel scored in the third period to force overtime.

Short-handed? Not with Jack Horbach on the ice pic.twitter.com/Dus9POmPNZ