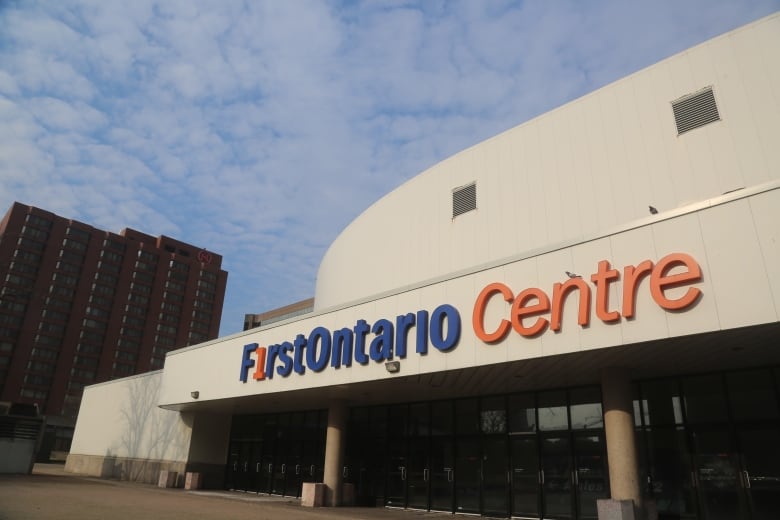 For the owner of the Hamilton Bulldogs, being forced to leave the team’s home arena at FirstOntario Centre to accommodate renovations was “shocking and unexpected news.”

Michael Andlauer said, in a message to fans posted on the team website, the team will be forced to leave the arena for the next two seasons even though “we had been told that the renovations would occur in a manner that would allow hockey to continue,” Andlauer said.

Jasper Kujavsky, a partner with the Hamilton Urban Precinct Entertainment Group (HUPEG) — the group managing the renovations — says the remainder of the season for the Bulldogs will be unaffected and Andlauer was told in June that he should “plan ahead given that the building would be under construction for all of 2023-24, and then likely as well into 2024-25.”

That would cancel games for three teams that play out of the arena including the Bulldogs, the Hamilton Honey Badgers (basketball) and the Toronto Rock (lacrosse).

Kujavsky says HUPEG’s “minimum commitment to the project will be at least $100M” and described the renovations as “major.”

The Toronto Rock say they were “officially informed” on Nov. 11 but have been preparing to relocate temporarily for the last few months. They expect to be somewhere else for the 2023-24 season and possibly a portion or all of the 2024-25 season.

“With the more recent increase in the project’s budget, it does not come as a surprise that the scope of the project and the timeline have both increased dramatically,” said Toronto Rock owner Jamie Dawick in a statement released Monday.

The Rock relocated to Hamilton from Toronto in 2021, after signing a 5-year agreement with Spectra managed Core Entertainment to have games take place in the downtown venue. The team is scheduled to open its 2022-23 season on Dec. 3 at home when they face the Vancouver Warriors.

The venue also features concerts and special events. American rapper Rod Wave performs on Nov. 26 and Shania Twain is performing next June. And there are many events scheduled in between.

The Bulldogs are the reigning Ontario Hockey League (OHL) champions. They beat the Windsor Spitfires in game 7 of the OHL finals at…