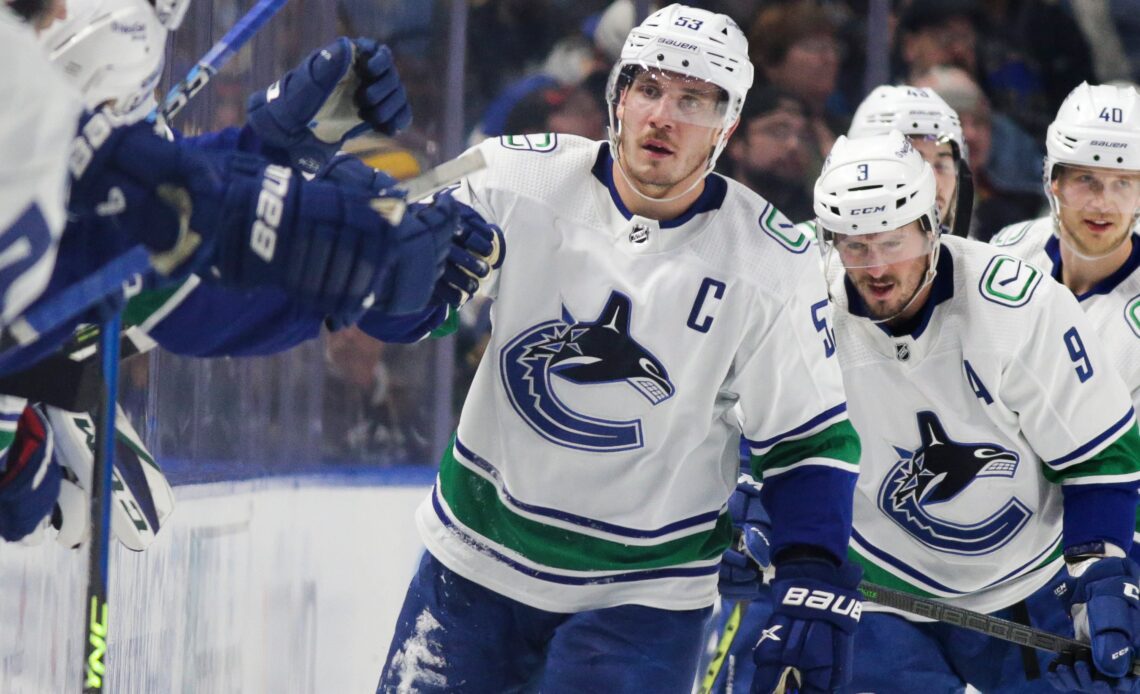 Bo Horvat had a goal and two assists as the Vancouver Canucks beat the Buffalo Sabres 5-4 on Tuesday night to snap a three-game skid.

“You just don’t want to go home on a losing note with the schedule that is up ahead of us,” Canucks coach Bruce Boudreau said. “Hopefully this gives us a little big of confidence.”

The Canucks scored power-play goals 1:12 apart to build a 5-2 lead midway through the second period. Horvat got his 14th on a breakaway before winning a face-off to set up Miller.

“For the majority of the game, I thought we played really well,” Horvat said. “We’re all really happy with our effort tonight.”

Vancouver ranks second in the NHL with 18 goals on power plays.

Bear got his first goal in eight games since Vancouver acquired him in an Oct. 28 trade with Carolina. Horvat’s backhand pass fed Bear in the high slot.

Vancouver snaps a three-game losing streak with a 5-4 win over Buffalo who have dropped six in a row, Bo Horvat records a goal and two assists.

Skinner snapped a seven-game scoring drought with his first multi-goal game of the season for Buffalo.

Rasmus Dahlin slipped a pass through two defenders to set up Skinner on the doorstep in the first period. Thompson made a nifty move and found Skinner wide-open in the left circle in the second.

Tuch redirected Owen Power’s point shot and bounced the puck past Martin in the second period for his eighth goal.

“It took us a little bit too long to push back,” Tuch said. “I wish we had done it halfway through the first or the second. But it’s a learning process.”

Learning how to win

Mittelstadt brought the Sabres within a goal when he scored with 7:58 remaining in the game. It was Mittelstadt’s third goal in five games.

“When you win games by one goal, you learn how to win,” Boudreau said. “It’s important. Those are good wins.”