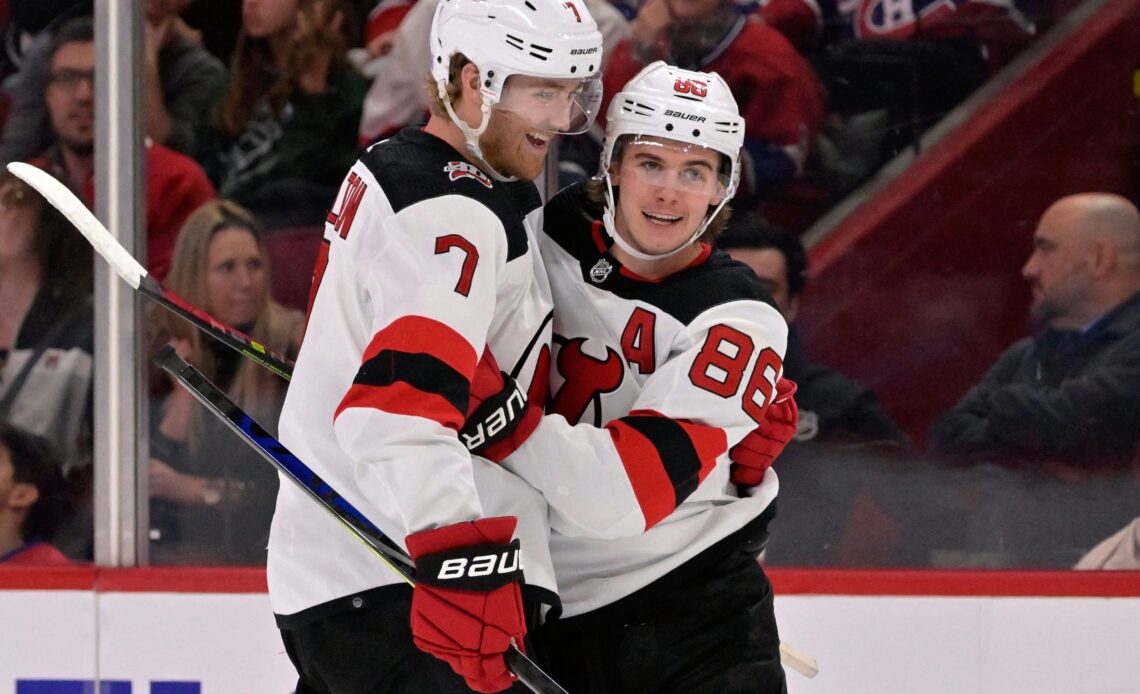 A three-goal second period helped power the New Jersey Devils to a 5-1 victory over the Montreal Canadiens on Tuesday night to extend their win streak to 10 games.

After a quiet opening period at Bell Centre, Dougie Hamilton and Jack Hughes – with a pair – scored in a span of just over 11 minutes to help the Devils take control.

Jesper Bratt added an insurance goal in the third period and John Marino had an empty-netter for New Jersey (13-3-0).

“It all about the team. It’s any line that’s contributing, a defence pair, the goaltender making saves,” said Devils coach Lindy Ruff. “When you’re going that well, it’s all about team play and everybody participating in the wins.”

Evgenii Dadonov scored his first goal of the season for Montreal (8-7-1).

“They really showed their speed and their execution in that second period,” said Canadiens head coach Martin St-Louis. “It’s no coincidence that they’ve won 10 in a row and it’s a good test for us to take on, even if we didn’t get a good grade.

“There’s a lesson in everything and there’s definitely a lesson in this game, so we’ll have to go and find some answers in it.”

Montreal started the game aggressively and controlled the pace, forcing the best chance of the period. Nick Suzuki and Cole Caufield had a two-man break but couldn’t convert.

Montreal’s three-game winning streak is stopped with a 5-1 loss to New Jersey who earn their tenth straight win, Jack Hughes scores twice and adds an assist.

With Kirby Dach off for tripping and Montreal’s penalty killers out of position, Hughes fired a perfect shot over Jake Allen’s shoulder to open the scoring.

Montreal nearly answered right away on a Dadonov deflection, but the puck hit the post. Hamilton made it 2-0 moments later by winning a puck battle and finishing on the short side.

“We got to work in the second [period] and really grinded them out,” said Bratt. “We really came back in the second and third period and showed our character.”

The Canadiens halved the deficit when a pass from Sean Monahan was deflected and fooled everyone except Dadonov, who slotted the puck into an open net.

Hughes took advantage of a Montreal giveaway in the defensive zone to make it 3-1.

The Canadiens tried to press in the third period but it left holes in their defence. The Devils also used a relentless forecheck to keep Montreal on its…