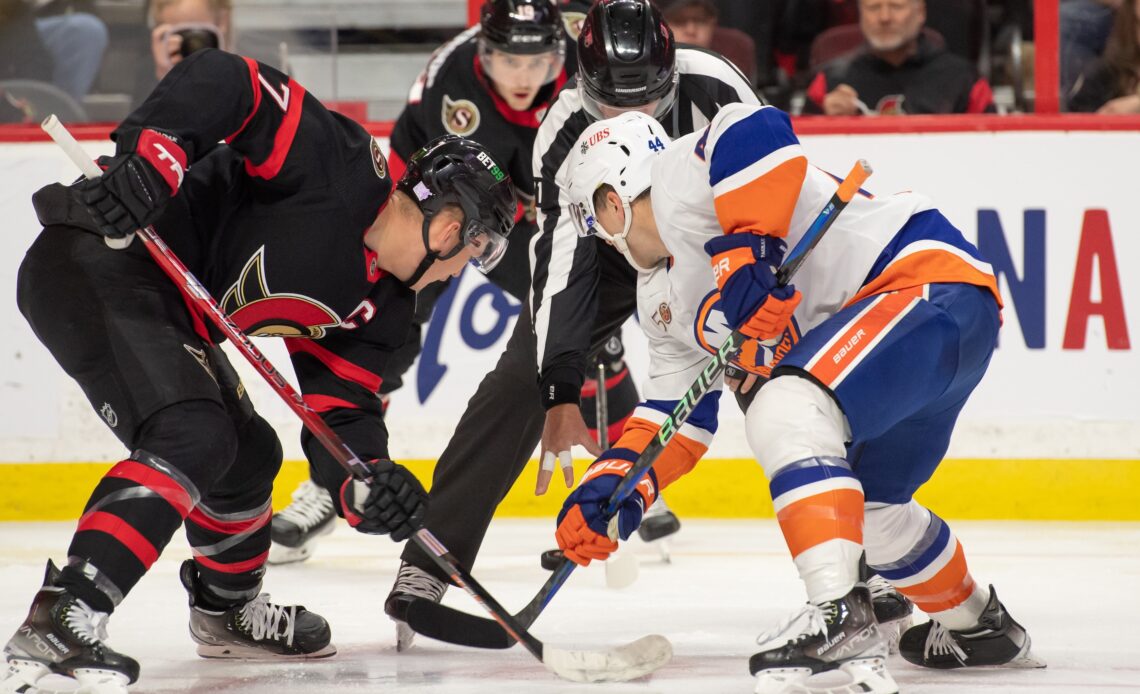 With just one victory in their last nine games (1-7-1), the Senators had been looking to build off a win against Philadelphia Saturday afternoon, but fell short.

They could easily throw their hands up in frustration, but forward Claude Giroux said the team is instead focusing on the positives.

“I think we did a lot of good things,” said Giroux. “We had a lot of chances, we played well offensively and I thought we were going to come back and tie it up.”

Ottawa had opportunities, but went 1-for-6 with the man advantage, scoring their lone power-play goal on a five-on-three.

“They have a good power play, but we were well-prepared and I thought the guys battled hard,” said Pageau. “A lot of sacrifice, a lot of blocked shots, a lot of battles that we won, and (Semyon Varlamov) in net was outstanding. He made some really amazing saves for us.”

Varlamov made 36 saves for the Islanders, while Brock Nelson, Noah Dobson and Oliver Wahlstrom also scored (11-6-0). Drake Batherson and Giroux scored for the Senators (5-9-1), as Cam Talbot stopped 31 shots.

Senators coach D.J. Smith couldn’t fault his team for its effort, but said they need to take advantage of opportunities.

“It’s not for a lack of chances or effort,” said Smith.

“I think if you go back there’s going to be some grade “A” ones that [Varlamov] stops. That’s not going to happen every night. There’s going to be nights where the power play’s no good and it’s unorganized. That wasn’t the case. We’ve got to find a way to get the second one there on the power play and go 2-for-6 and then we have to kill the penalty in the third period.”

The Islanders took a 1-0 lead on Wahlstrom’s power-play goal midway through the first period.

Ottawa managed to tie the game during a brief two-man advantage midway through the second period. Batherson one-timed a pass from Tim Stutzle to score his second goal in 11 games.

The Islanders regained the lead late in the period when Ottawa failed to clear the puck, and Dobson was able to pick it up inside the blue line. The Islanders defenceman fired a puck that then deflected off Ottawa’s Mark Kastelic and past Talbot.