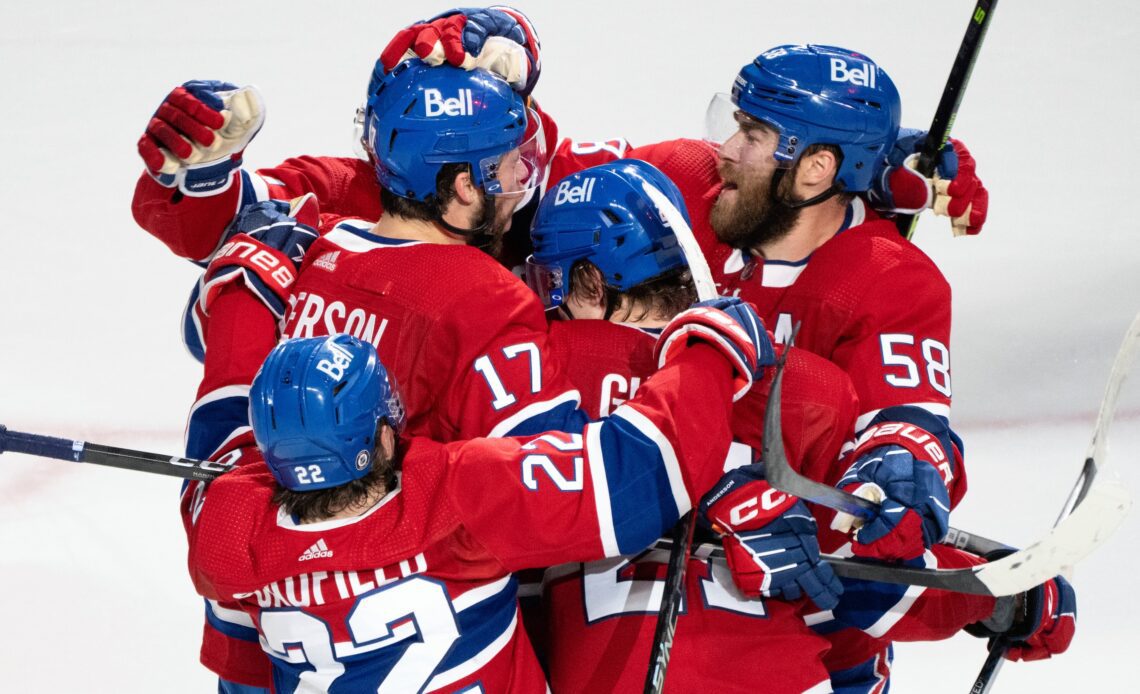 Josh Anderson scored the game-winning goal with 19 seconds remaining to lift the Montreal Canadiens to a 4-3 victory over the Toronto Maple Leafs in their season opener on Wednesday.

Cole Caufield had a two-goal game and Sean Monahan added his first goal in a Habs uniform. Jake Allen stopped 26-of-29 shots he faced.

Micheal Bunting, Dennis Malgin and William Nylander all opened their 2022-23 season accounts for the Maple Leafs. In his first regular season start for Toronto, Matt Murray made 19 saves.

Bunting scored the first Maple Leafs goal of the season when he took a Mitch Marner pass from behind the net and broke the ice for the visitors 11:41 into the opening period.

The Canadiens responded just 33 seconds into the second. Nick Suzuki sent a saucer pass for Caufield over T.J. Brodie and the winger opened his account for the season.

Malgin built on his impressive pre-season by helping Toronto regain its lead eight minutes later. Left alone atop Allen’s crease, the Swiss forward sent a loose puck into the net to notch his first regular-season goal in a Leafs uniform.

Caufield took it upon himself to level the score once again. The 22 year-old carried the puck from his own blue line all the way to the right faceoff circle where he beat Murray with a wrist shot 15:56 into the second period.

Montreal was millimetres away from a go-ahead goal when Dach wrapped the puck around the net, only to be stopped by Murray on the goal line. After a review, the no-goal call stood.

Alexander Kerfoot was given a penalty shot when Arber Xhekaj held the centre on a breakaway. Under a rain of boos, Kerfoot skated down the ice only to be denied by Allen.

Monahan gave Montreal its first lead of the game when Monahan grabbed a loose puck in the slot and scored his first goal with the team 17:30 into the final period.

The advantage was short-lived as the Leafs equalized less than a minute later. Tavares sent the puck to Nylander on a two-on-one opportunity to tie the game with 1:50 remaining.

Just over a minute later, Anderson sealed the deal beating Murray to pull out the victory.