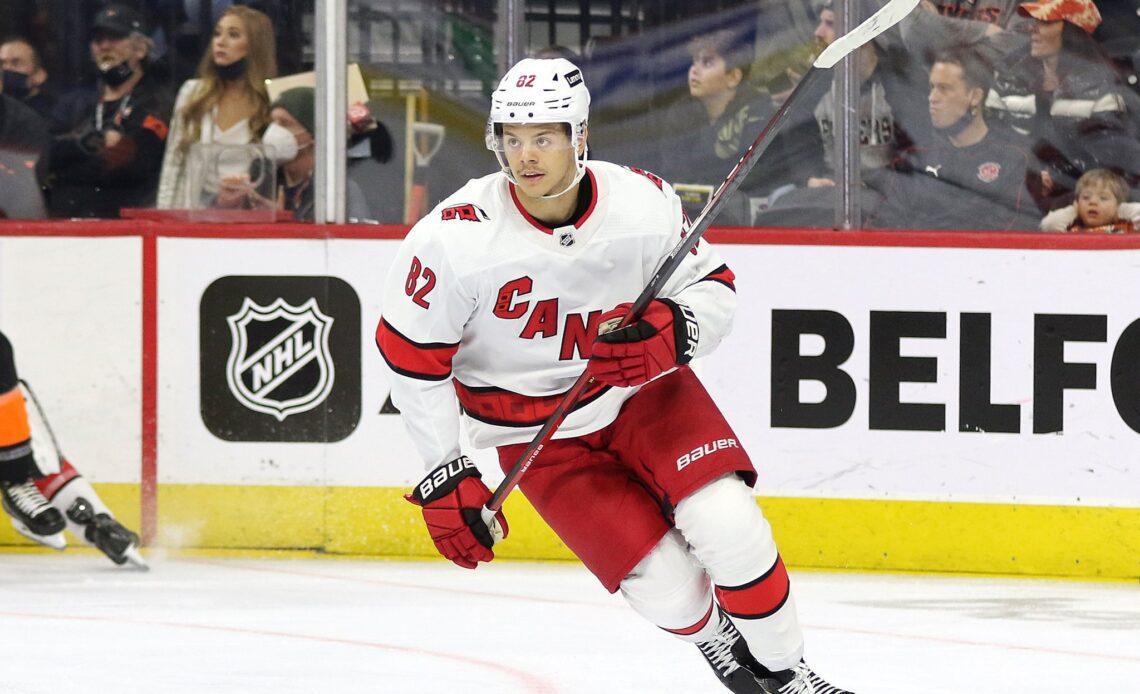 There’s a crisp chill in the North Carolina air after yet another sweltering summer. College football has been underway for a couple of weeks now, soaking up much of the attention in the college sports-crazed Triangle area (hey, Duke football is 2-0! How ’bout that?). The cherry on top, though, is the ice being put down at PNC Arena. After a long, arduous offseason with the stench of a disappointing second-round exit surrounding the team, a brand new hockey season full of hope and excitement around the Carolina Hurricanes is right around the corner.

Entering Rod Brind’Amour’s fifth season at the helm, it (once again) feels like an important year for the Hurricanes to break through and make some noise in the playoffs. Some real noise, because, let’s be frank, they’ve accomplished nothing since this run of contention began under their head coach. Four years of very good hockey, three, or at least two, years of legitimate expectations, culminating in last year’s franchise-record 116 points in the standings; yet, when the playoffs came around, it continued to be more of the same.

Much like last season, this year’s squad has every opportunity to be the one that finally breaks through, to be this year’s version of the Stanley Cup-champion Colorado Avalanche, shaking off a few years of underachievement and finally carrying hockey’s holy grail. The team has the pieces to do just that. There is a boatload of talent, including a multitude of rising forwards that have only gotten better with each passing season. They have an excellent goaltending tandem backstopping them, and in front of the netminders, unquestionably, one of the best blue lines in the league. The expectations are well-deserved.

However, we’ll reserve judgment on long-term aspirations for a few months from now, as there will be 82 games after which to discuss if the ‘Canes are a true Stanley Cup contender. Instead, today, let’s start at the beginning: training camp. There are some highly intriguing position battles to be sorted, as a handful of legitimate NHL players aren’t even going to be in the lineup on opening night. This year’s camp will be an important time to get their feet back under them, as always, but also to answer some important questions that could set the tone for the entire season. Let’s break down some of the biggest ones surrounding the Hurricanes as camp prepares to open.

Is Kotkaniemi Ready for the 2C Role?

We’ll start off with a big one, and a…