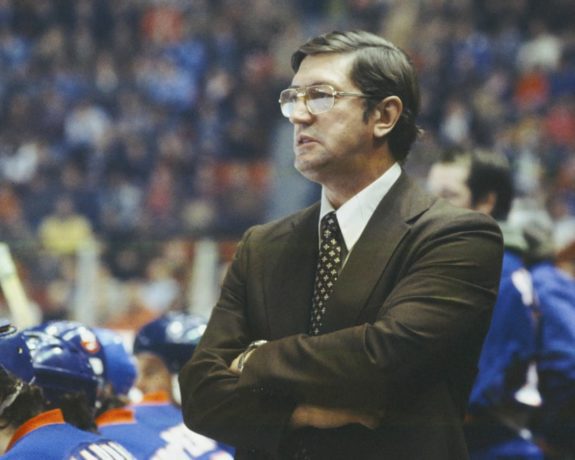 This date has seen many of the greatest players in National Hockey League history take their place in the Hall of Fame. Plus, a very popular player called it a career shortly after winning the ultimate prize, and one of the all-time greatest coaches passed away. So, let’s begin our daily trip back in time to relive all the memories from Aug. 28.

Long before starting his historic coaching career, Arbour played 626 NHL games as a defenseman with the Detroit Red Wings, Chicago Blackhawks, Toronto Maple Leafs, and St. Louis Blues. He started his trend of winning consecutive championships by winning the Stanley Cup with the Blackhawks in 1961. He was claimed in the Intra-League draft by the Maple Leafs that summer and was part of three straight Stanley Cup teams between 1962 and 1964.

Arbour got his first taste of being a head coach while still an active player for the Blues in 1970. He remained as their head coach for one more season after he retired from playing in 1972. He became the Islanders coach in 1973, just their second year in existence. The team was very competitive during the 1970s and finally won their first championship in 1980, starting a streak of four straight Stanley victories.

He parted ways with the Islanders after the 1985-86 season but returned two years later. His second stint lasted through the 1993-94 season. He returned for one game in 2007 to give him 1,500 behind the Islanders’ bench. When he retired for good, he had 782 career wins, the second-most in NHL history. He has since been passed by Joel Quenneville, Ken Hitchcock, and Barry Trotz but remains in fifth place for all-time coaching wins.

A Double Shot of Inductions