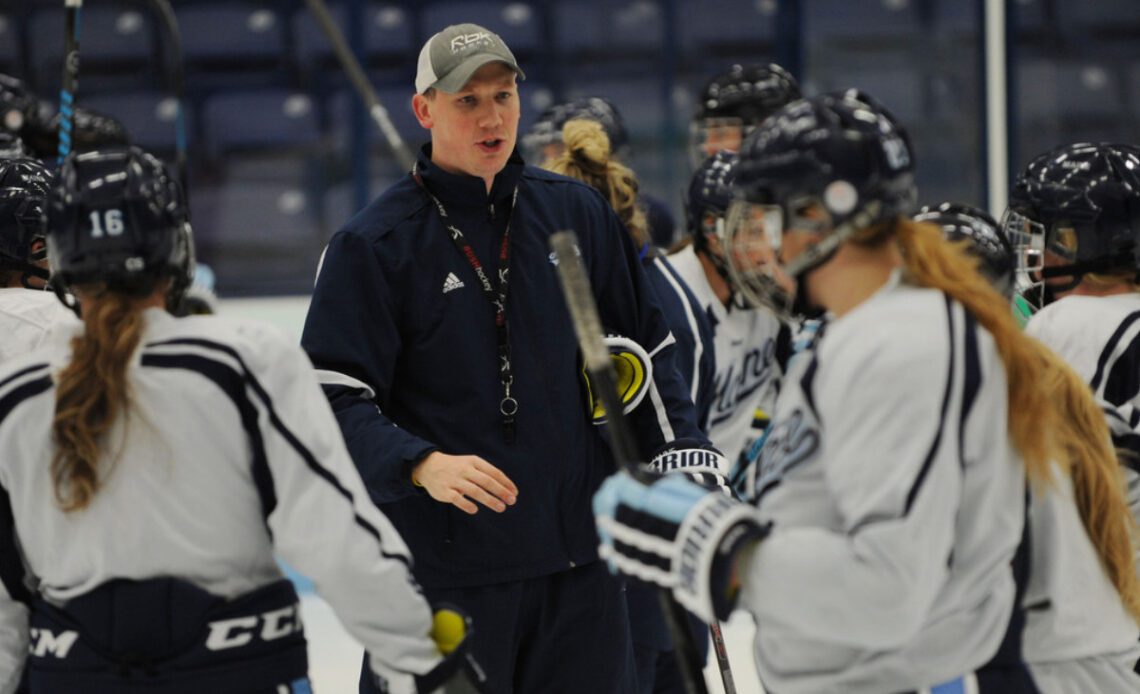 University of Maine women’s ice hockey coach Richard Reichenbach and assistant coach Sara Reichenbach, who are married, have resigned, according to several sources with knowledge of the situation.

Richard Reichenbach joined the program as an assistant coach in the 2011-12 season and became the head two seasons later.

Sara Reichenbach has had two stints at UMaine and has been an integral part of the program for 12 seasons.

During his nine seasons behind the bench, the Black Bears compiled an overall record of 108-155-28. His teams were 72-117-24 in Hockey East regular season play.

However, the program has had a resurgence in recent years, winning four Hockey East quarterfinal games on the road to earn three consecutive berths in the semifinals.

UMaine was 15-19-1 this past season, 12-13-1 in Hockey East, and upset Boston College 2-1 in the quarterfinals before losing to perennial power Northeastern 3-1 in the semis.

Richard Reichenbach is a native of Baldwinsville, New York, who came to UMaine after coaching at Division III Cortland State, where he was the recruiting coordinator and organized travel and video breakdown. He worked with the team’s defensemen.

He graduated from Hamilton College in New York where he played hockey and lacrosse and was the hockey captain his senior year.

He played a year of professional hockey for the Richmond Renegades.

He then worked as a hockey specialist at Bluestreak Sports Training in Connecticut. He was involved in training several NHL and Olympic players as well as collegians.

The Reichenbachs have three children.