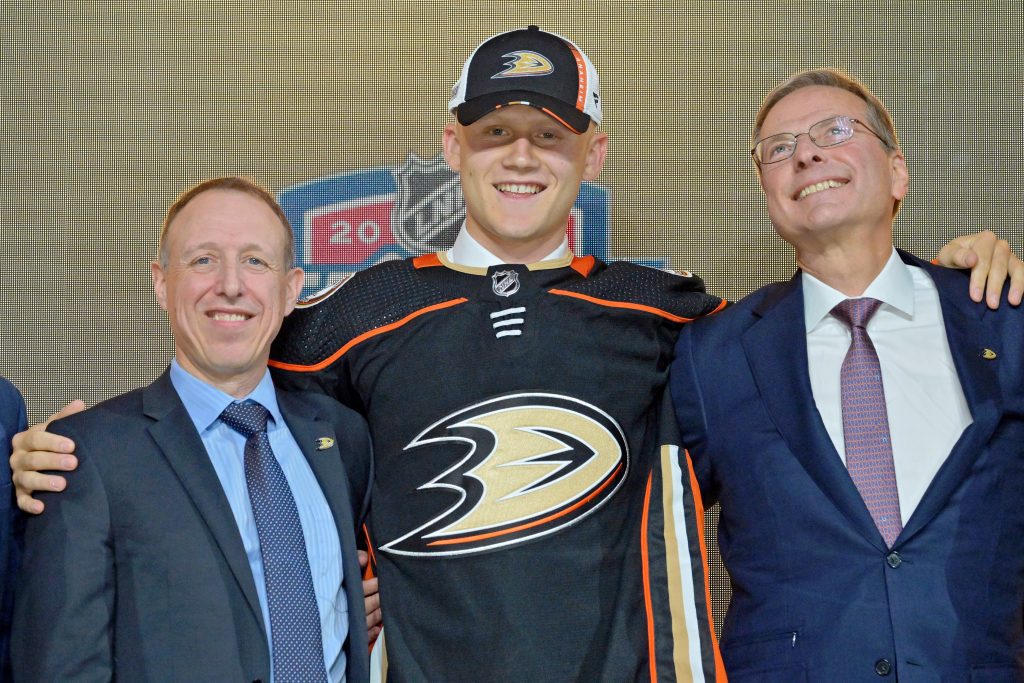 The Ducks signed Pavel Mintyukov, the first of their two 2022 first-round picks, earlier this month. Now, per a team announcement, the Ducks have inked Nathan Gaucher, their second first-round pick, to his own entry-level deal.

Gaucher, 18, was the 22nd pick at the 2022 draft, a pick that belonged to the Ducks thanks to the team’s trade of Hampus Lindholm to the Boston Bruins.

Gaucher has spent the past three seasons playing for the Quebec Ramparts of the QMJHL. The big six-foot-three, 207-pound forward had 57 points in 66 games last season and 31 points in 30 games in the COVID-impacted 2020-21 QMJHL season.

Gaucher’s size, pro-ready playing style, and overall polished game is what makes him an intriguing NHL prospect. While he may not have true top-of-the-lineup offensive upside, his addition to the Ducks’ prospect pool gives them an even more promising future down the middle, where they have two talented centers in Mason McTavish and Trevor Zegras already in the mix.

With this entry-level deal signed, Gaucher will likely head to training camp and have the chance to make the Ducks’ opening-night roster. If the way the team handled McTavish’s development is any indication, if Gaucher has a strong camp he could get a nine-game trial at the NHL level before being sent back to the Ramparts for a fourth season there.

With Zegras, McTavish, Ryan Strome, Isac Lundestrom, and Derek Grant all already on the Ducks, the Ducks’ center corps is a bit crowded at the moment. But Gaucher will get his chance soon enough, and this entry-level deal indicates that the Ducks are hoping Gaucher takes an accelerated path to the NHL similar to their other recent top picks.